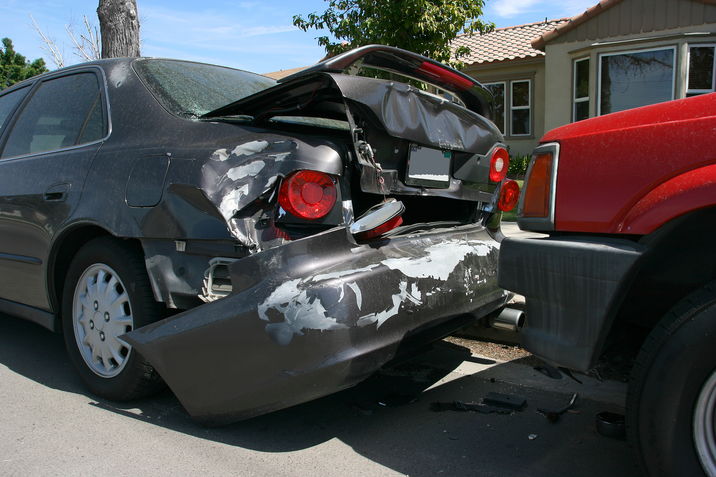 After a car accident, most involved parties concern themselves with determining who bears liability. This constitutes an important determination, as the liable party must compensate those who suffered injuries or damage to their property in the accident. Below, we discuss some common accident scenarios, along with a determination of liability for each case.

We should note that this does not constitute a complete consideration of all the factors that could come into play. If you want guidance on who bears liability for the accident that caused your injury and how to obtain compensation for your expenses, an experienced car accident attorney can help you.

Your lawyer will prove liability by establishing that the at-fault party owed you a duty to take reasonable actions to prevent his or her actions from causing harm to you or your property; the defendant breached this duty by engaging in careless or reckless behavior; the breach caused an accident in which you sustained an injury; and your injuries resulted in expenses.

A rear-end collision occurs when the front of one vehicle collides with the rear of another. These accidents often occur at intersections and result from risky driving behaviors, such as following too closely or distracted driving. People often assume that the driver of the following car causes every rear-end accident.

While this is true in most cases, some exceptions exist, such as:

Broadside accidents—also known as T-bone accidents or side-angle crashes—occur when the front of one vehicle strikes the side of another. This constitutes a dangerous accident for the occupants sitting on the side of the struck vehicle, as the doors provide little cushion from crash impacts. These accidents can prove especially severe when they involve a size discrepancy between the vehicles, such as a large pickup truck colliding with a passenger car broadside or a commercial driver T-boning a motorcycle.

Broadside accidents most often occur in intersections when one driver fails to yield the right-of-way. Liability generally falls on the party who didn’t right of way when the accident occurred. You cannot tell simply by looking at the vehicles involved which driver caused the accident as you often can in a rear-end collision.

While head-on collisions constitute one of the rarer accident types, they’re one of the types most prone to produce fatalities and catastrophic injuries. This accident involves the front of one vehicle colliding with the front of another. The force of the impact to the occupants of both increases from the forward motion of the vehicles.

Head-on collisions can result from many issues, with liability depending on the facts of the case. If the accident resulted from one driver becoming confused and entering a one-way road or interstate exit while traveling in the wrong direction, that driver would bear liability. If the accident involved alcohol impairment by either driver, the intoxicated driver may bear liability. These cases get complex when they involve a second link of a chain reaction crash in which two vehicles collide and the force of that accident causes one of the vehicles to venture into an opposing travel lane. In these circumstances, whoever caused the initial crash will generally bear liability for injuries sustained in the head-on collision.

When determining liability for this type of crash, accidents involving alcohol impairment or fatigued driving almost always involve an intoxicated or fatigued driver engaging in these risky driving practices. Sideswipe accidents that occur because of an improper lane change are the fault of the individual who failed to perform the proper steps when changing lanes to protect the safety of others and their property.

Single-vehicle crashes can involve accidents in which a driver went off the road or rolled the vehicle. However, a single-vehicle crash can also refer to an accident where the vehicle collided with a vulnerable roadway user such as a pedestrian or bicyclist. If a driver who ran off the road can show that someone else’s careless or reckless actions caused them to run off the road, the person responsible for these actions will bear liability for the accident.

Courts and insurance companies will consider whether the pedestrian or bicyclist entered the road outside of a crosswalk or an intersection, whether the driver had ample opportunity to see the individual and brake before striking them, and whether the driver engaged in risky driving behaviors, such as driving impaired, distracted, or too fast for the road and weather conditions.

Chain reaction crashes, or chain accidents, are accidents that involve three or more vehicles. These accidents most often involve semi-trucks, work zones, or even dozens of vehicles that collide on an interstate. Chain accidents get their name because they generally start with a collision between two vehicles.

Other vehicles become involved in the accident when one of the two initial vehicles collide with them from the force of the impact or if the accident occurs in high-speed, congested areas where other drivers do not have the time or distance to stop.

Chain reaction crashes are among the hardest to determine liability for because they can involve multiple careless actions taken by different drivers. However, the individual who caused the initial accident will likely bear at least a portion of the blame.

How to Prove Liability in a Car Accident Lawsuit

Proving that someone else bears liability for causing harm to you and your property in a car accident is the cornerstone to having a successful outcome to your claim, as you cannot obtain compensation for someone without proof.

As noted, your car accident attorney will help you establish who bears liability in your accident and also which insurance policies the liable parties have that you can access to make up your compensation. Your case may involve more than one liable party, and some accidents feature sources of liability that weren’t even present at the time when the accident occurred.

Some examples of liability in an accident that extends beyond the drivers of the vehicles involved include:

The Types of Evidence Used To Prove Liability

Injured vehicle occupants and their attorneys can prove liability in a car accident claim by using:

Determining Liability is Harder Than It Looks

All the information given up to this point may suggest that determining who is liable is simple. Sometimes, it is. Most times, however, dozens of factors come into play. Multiple parties may share varying levels of liability, as plenty of carelessness went around. In some cases, an injured person delayed hiring an attorney because they believed or an insurance adjuster erroneously told them that they could not seek compensation because they caused the accident. Only later, after hiring a lawyer, did they find out that they were not liable.

An experienced car accident attorney can help you pursue your claim. Having an experienced legal team behind you will help ensure that you pursue maximum compensation from all potentially at-fault parties. This will provide you with time to focus on your recovery while you let your attorney handle the legal complexities of your case.

Have Questions about Liability? An Attorney Can Help

If you suffered injuries in a car accident and have questions about liability and the process of seeking compensation for your injury, an experienced car accident attorney may have the answers you need. For your free case evaluation, contact an attorney online today.

The Dangers and Legal Implications of Car Driver Fatigue