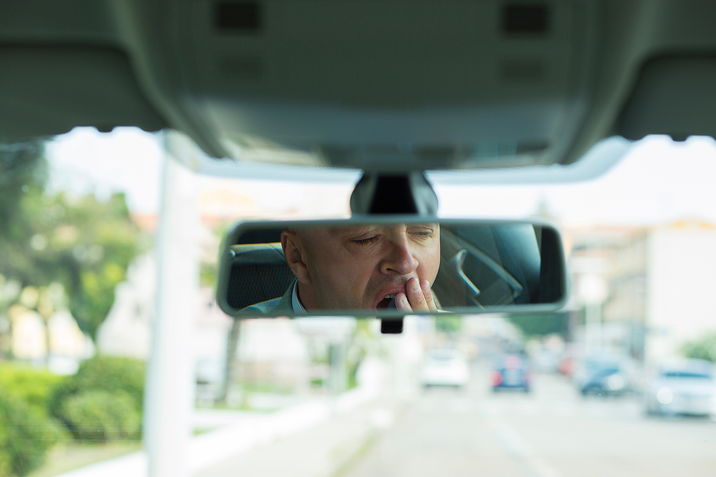 The Dangers and Legal Implications of Car Driver Fatigue

A survey conducted in the U.S. has revealed that 37 percent of drivers on the road on any given day have gotten fewer than the minimum seven hours of sleep needed for optimal function. While drivers commonly experience tiredness on the roadway, particularly during major life changes—such as a new baby at home or moving to a new location. However, for some individuals, fatigue becomes such a problem that it creates deficits in the skills needed to operate a motor vehicle safely.

If someone else’s driver fatigue injured you, you can seek compensation for the expenses and impacts of your injury from the at-fault driver’s insurance company. An experienced attorney can seek the maximum amount of compensation available for your claim.

As noted by the National Institute for Occupational Safety and Health (NIOSH), not getting enough sleep at night constitutes just one of several causes of driver fatigue.

The Dangers of Drowsy Driving

When one discusses drowsy driving accidents, the first notion that comes to many people’s minds is that the driver fell asleep while behind the wheel of a tractor-trailer and caused an accident. While driver fatigue does constitute a constant source of concern in the trucking industry, many other industries require workers to remain on the job during the nighttime hours, and driver fatigue is a real concern for the operators of any vehicle on public roadways. Falling asleep behind the wheel is, without a doubt, one of the hazards of drowsy driving that can result in a loss of vehicle control. However, this does not constitute the only risk involved when someone drives a car while fatigued.

According to the Sleep Foundation, after 18 consecutive hours without sleep, an individual experiences deficits similar to those with a blood alcohol content of 0.05. This is legally impaired for most drivers (though it is for truckers), but drivers would notice these skills eroding. After 20 consecutive hours without sleep, the impairment experienced is similar to that of a driver who has reached the legal alcohol impairment limit of 0.08 grams of alcohol per deciliter of blood.

Some other dangers of car driver fatigue include:

From the moment you begin working with an experienced car accident attorney, they will begin protecting your right to claim compensation. That may seem like a dramatic way to phrase the work your attorney does to assist with your claim. However, you must file the claim with an insurance company. It has an adjuster on staff it hired for the sole purpose of helping the company avoid large payouts to those the insured party injured.

To protect your claim from whittling down to an unacceptable level of compensation or even having the insurance adjuster convince you that the low settlement offer is the most you will get, your attorney will handle communications with the adjuster while finding the best evidence available to prove your claim.

Some types of evidence that you can use to prove that you sustained injuries in an accident caused by someone else’s driver fatigue include:

Can a Driver Bear Liability for Fatigue Caused by Sleep Apnea?

Yes, a driver can bear liability for a fatigued driving accident even if the fatigue resulted from a medical condition, such as sleep apnea.

Other types of medical conditions that can also result in fatigue include:

Drivers must operate their vehicles reasonably and prudently. They must recognize the signs of driving fatigue and know when they do not feel healthy or alert enough to drive.

Why Does It Matter if the Driver Was Fatigued?

If you seek compensation for injuries and property damage sustained in a car accident, one of the most important aspects of your claim is your ability to prove that another party bears liability for the accident. Drivers have a responsibility to ensure that they feel safe to drive before they get behind the wheel. Although many drivers who have been found liable for fatigued driving accidents claim that they did not know that their exhaustion had reached the level of impairing their driving, the failure to know that they could not safely drive does not release them from legal liability for the accident.

The Elements of Liability

Proving liability for an accident that resulted from car accident fatigue involves satisfying these three elements in your claim:

Individuals who have sustained injuries in accidents that feature car driver fatigue can seek the recovery of both economic and non-economic damages. In other words, you can seek compensation (damages) for the expenses (economic) and impacts (non-economic) of the injuries you sustained.

Some of the common expenses and impacts that those who have sustained injuries in fatigued driving accidents claim include:

Injured by a Fatigued Driver? An Experienced Attorney Can Help

The personal injury claims process often proves overwhelming and confusing to those who have not spent years obtaining a law degree or building a reputation as a personal injury lawyer.

Perhaps you do not feel that you sustained serious enough injuries to require the services of an attorney and wage a serious effort to obtain compensation, or maybe you feel worried about the cost of hiring an attorney.

Let an attorney put your worries to rest by requesting a free case evaluation, during which you can discuss the details of your accident, ask questions about your legal options, and determine your eligibility to pursue compensation for the full cost of your injuries.

For your free case evaluation, contact an experienced car accident attorney online. Don’t hesitate; reach out today to begin your path toward justice and compensation.

For How Much Should I Settle My Car Accident?