The wrongful death of a loved one can have a devastating effect on a family.  The emotional loss in these situations and financial hardship can be especially difficult when the deceased victim is a single mother/father or the primary source of a family’s income.  When tragedy strikes, it is important you hire a law firm with the skill, courtroom experience and financial resources necessary to prosecute all at-fault parties and obtain a full recovery for your family’s unexpected loss.

At the Fernandez Firm Accident Injury Attorneys, our Sarasota wrongful death attorneys have been representing families of those who have lost their lives due to another’s negligence for nearly 25 years.  Throughout that period, we have helped thousands injured by car crashes, motorcycle accidents and medical malpractice, winning more than $90 million in settlements and verdicts. If you have wrongfully lost a family member due to another’s carelessness, our attorneys are always available to meet with you during these difficult times.

What is a Wrongful Death Lawsuit?

A wrongful death action is a claim that can be filed when the negligence or wrongful act of one party causes another person’s premature death. Florida law states when a person’s death is caused by a wrongful act, negligence, default, or breach of contract, the estate of the deceased person may bring a civil lawsuit to obtain money damages for that death and the resulting economic losses.

Wrongful death lawsuits could include,

The goal of the lawsuit is to obtain full compensation for the harm done as a result of the person’s premature death.

Depending on the facts of the case, there could be more than one defendant (party) being sued. The business that failed to remove construction equipment blocking the intersection stop sign could be a defendant along with a driver who sped through the intersection. The maker of the defective automotive parts and all the parties that brought them to the market could also be sued. If the drunk driver killing the vacationer was under age but was served alcohol at a local bar, that bar may also be a potential defendant.

Wrongful Damages You Can Recover

Under Florida law, the personal representative of the estate can recover the following damages:

Sarasota Wrongful Death – We Can Help

In Florida, a wrongful death action must be filed within two years of the date of death. This deadline makes it extremely difficult to fully investigate and prosecute these claims, especially when there is any delay in retaining an attorney due to the grief caused by a loved one’s unexpected death.

At the Fernandez Firm Accident Injury Attorneys, our attorneys understand the stress accompanying the death of a family member and will compassionately work to assist you and your family.  If you have questions about a potential wrongful death action, our legal team is currently available to speak with you. 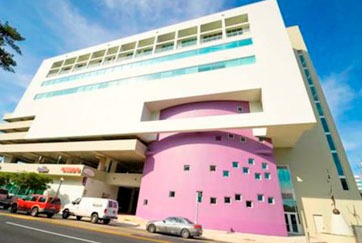