Slipping on a wet floor while shopping at Lakeland business or bumping your head during an auto accident caused by a negligent driver might sound minor, but either one of these incidents can result in significant trauma to the brain. A brain injury can leave you with symptoms ranging from a headache, in the case of a mild injury, to permanent memory deficits and loss of physical function or coordination when the trauma is severe.

At the Fernandez Firm Accident Injury Attorneys, our Lakeland brain injury attorneys have decades of experience representing families and victims suffering from brain injuries. This experience has allowed our Lakeland attorneys to secure settlements and jury verdicts worth millions of dollars for our injured clients. We will not stop until you recover the compensation you deserve to put your life back on track following a devastating brain injury. Contact our attorneys today if you or a loved one has suffered a suspected brain injury or complete a free case evaluation form. 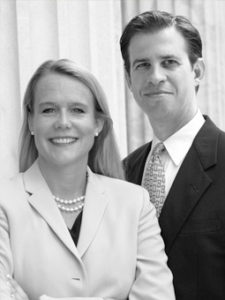 The brain is a sensitive organ; any impact can have dangerous effects. Below are some of the most common brain injuries that victims face.

The impact of a car accident, especially a severe accident, will cause a significant jolt, and a victim’s head might strike the inside of the vehicle. This impact causes the victim’s brain to bounce around inside the skull. Such harsh movement inside the skull can cause damage to the brain.

The Centers for Disease Control and Prevention (CDC) states that a concussion creates chemical changes in the brain and can even damage brain cells. Victims may lose consciousness.

Some symptoms of concussions are headaches, the feeling of pressure inside the skull, fatigue, nausea, and more. Concussions can be severe, and it is essential to seek medical attention in every case of car accident head injuries.

Like a concussion, the most common cause of traumatic brain damage is a severe blow or jolt to the head or body. The neck and head can move freely during a car crash in contrast to other body parts, like the legs and arms, which are bound by seatbelts.

For example, TBIs are common in T-bone accidents. A study recently showed that passengers are two and a half times more likely to suffer a TBI in a side-impact crash than in a head-on collision.

The impact of the accident can injure the brain, which results in immediate symptoms. However, brain injuries are unique in that some brain injury victims do not start showing brain injury symptoms for days or weeks after the accident.

Some of the most common TBI symptoms are:

Each TBI is different, so it is vital to seek medical attention and to further monitor any symptoms in the days and weeks after an accident.

In severe cases, the impact from a motor vehicle accident crash can cause an injury to the brain that is so significant that the brain starts to bleed. An injury such as this is called a brain hemorrhage or, more generally, a brain bleed.

The bleeding in the brain creates a pool of blood underneath the skull that is life-threatening if not treated because the blood pushes on the brain creating a dangerous amount of pressure.

To treat a brain hemorrhage, doctors may need to surgically remove the pools of blood.

We can help you seek compensation for your medical treatment and the pain and suffering your injury caused you.

A skull fracture is any break in the cranial bone. The skull bone is tough, so it takes severe trauma to fracture it. However, various situations in motor vehicle crashes can create an impact strong enough to fracture the skull.

Skull fractures can be deadly, so it is vital to seek medical attention immediately in light of the above situations.

After suffering from a brain injury and facing tons of medical debt, the first step in any brain injury case is to consult an experienced attorney. A brain injury lawyer can study the facts of the case and decide whether a lawsuit would be in the victim’s best interests.

At this stage, a brain injury lawyer will consider several things, such as the extent of the injury, when and where the injury occurred, and who caused the resulting damage. Then, the lawyer will ultimately decide whether you have a valid case or if they would be willing to take you on as a new client.

Investigating the Claim and Negotiating With the Insurance Company

Once hired, the brain injury lawyer will immediately begin working on the claim. For an attorney to provide you with successful representation, they must have all of the information. Thus, the attorney will first collect any documents related to the claim.

Some pertinent documents can include:

All this information will be integral when the attorney calculates the compensation you deserve.

The Start of Litigation 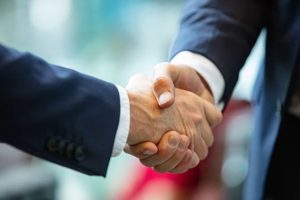 While almost all brain injury cases settle before they go to trial, a case will go before a judge or jury in some rare circumstances. At trial, the plaintiff will argue why they deserve compensation, while the defendant argues why they should not have to pay.

After the trial, the judge or jury would determine whether the plaintiff is entitled to damages and, if they are, exactly how much they deserve.

A brain injury, unlike other injuries, requires prolonged medical treatment. It could take months or even years of physical therapy and rehabilitation for a brain injury victim to recover.

In some cases, brain injury victims will require lifelong treatment. Thus, following an accident, your injuries could leave you with a mountain of medical debt. On top of that, you may be out of work.

As compensation for your injuries, the liable party’s insurance company should pay for the costs associated with your injuries.

Some of those costs include:

Insurance adjusters will take these factors into account when coming up with a calculation of what your claim is worth. However, sometimes an insurance adjuster can’t sum up a victim’s livelihood with a monetary sum. Insurance companies may try to provide fair valuations, but victims may see their injuries as undervalued.

An attorney can negotiate with and represent the victim against the insurance company to come up with a fair valuation in light of the injuries the victim sustained.

The yearly cost of traumatic brain injuries in the United States amounts to nearly $40 billion. Patients spend about $31.7 billion on hospitalization expenses, with the remaining $16.6 billion going to fatality costs.

According to the CDC, the cost of acute care and rehabilitation for brain injury patients in the United States can be anywhere from $11.5 billion to $14.6 billion. This does not count the indirect costs to society and families.

Each brain injury case is different. Therefore, expenses vary depending on the severity of the damage and its long-term effects. However, estimates suggest that if a victim needs lifetime care for a severe traumatic brain injury, it will cost anywhere from $85,000 to $3 million to pay for these services—a daunting figure even on the low end.

Generally, brain injury attorneys use a contingency fee model when charging clients for their work. A contingency fee means that the attorney will not receive payment unless they collect damages for the client.

There are certain limitations to this method. Even if the attorney does not recoup any compensation, the client may still be required to pay certain filing fees and supply expenses.

The attorney could also be willing to be paid via an hourly or flat fee. Discuss the best fee agreement for your situation when initially consulting the attorney.

According to Florida Statute 95.11 (2018), a brain injury victim has four years to file a lawsuit. The four-year timeline begins on the date that the brain injury occurred.

For example, if on January 1st, 2019, you were in a car accident where your head slammed against the window, resulting in a traumatic brain injury, you would have until January 1st, 2023, to file a lawsuit.

In just one year, about 223,135 TBI-related hospitalizations took place across the United States. In one year, 64,362 individuals died from TBIs. Over 8,200 Floridians sustain long-term disabilities due to their TBI each year.

Males are almost twice as likely to require hospitalization for a TBI than females. Altogether, more than 210,000 people live with a TBI-related disability throughout Florida.

Head and traumatic brain injuries, which are often difficult to recognize and diagnose following an accident, need to be evaluated quickly by a knowledgeable professional and may require surgery due to ruptured blood vessels or bruising on the brain. In addition, these traumatic injuries can lead to long-term medical expenses due to related physical disabilities, including:

More severe injuries to the head and brain can even cause someone to lapse into a coma or vegetative state. According recent studies, approximately 30 percent of all injury-related deaths in the United States are the direct result of brain injuries.

If you or a loved one are injured or suffer a traumatic brain injury due to the negligence, carelessness or recklessness of another person, medical provider or corporation, Florida laws give you the right to seek damages for your loss, injury and damage.  Brain injury victims have the right to recover compensation for the following:

Traumatic brain injuries can happen in many different ways, some of the most common include the following:

If you or a loved one suffers a suspected head or brain injury due to the negligence of another, it is important you act quickly to allow adequate time to investigate your claim and protect your legal rights.    The statute of limitations, which is the time-frame within which you must file a lawsuit, can very greatly depending on the type of liability claim brought in Florida.  At the Fernandez Firm Accident Injury Attorneys, our attorneys have over twenty years of experience in the field and will review all facts of your case to evaluate your claim and determine the statute of limitations.  When you have been injured, our attorneys will work tirelessly to hold the negligent party responsible for your losses and damages.

Brain injuries are not like broken bones; they don’t show up on an X-ray and can’t always appear on an MRI. While insurance companies will take this as an opportunity to lowball brain injury victims, the team at Fernandez Firm Accident Injury attorneys will not let insurance companies undervalue your case.

Our firm will work diligently to hold the insurance company responsible—settling for nothing less than your case is worth.

If you or someone you know has suffered a brain injury, reach out to the Fernandez Firm Accident Injury Attorneys in Tampa, Florida. Throughout our time serving the community of Tampa, our team has recovered nearly $100 million for our clients.

I was recently injured in an automobile accident. Contacting the Fernandez Firm Accident Injury Attorneys was the wisest choice I made. They navigated me through the process from beginning to end. The outcome was positive and painless. I appreciate the hard work of your firm and highly recommend anyone else in a similar situation to contact you.