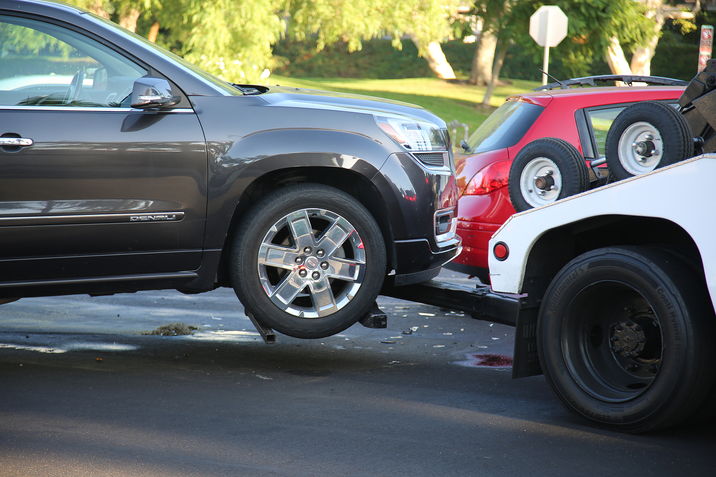 In a car accident, the person who causes the accident bears a legal responsibility to compensate others who have experienced injuries or property damage. This seems like a simple concept; however, many factors determine liability, and some cases involve more complexities and obstacles than others. One type of accident that can prove particularly complicated involves more than two vehicles.

If you are in a three-car accident, a car accident attorney can thoroughly investigate your case to determine all sources of liability and all insurance resources that can provide compensation.

Who Pays in a Three-Car Accident?

When it comes to liability in a car accident, you have to understand that not every accident has one at-fault party and one victim. Even accidents involving just two vehicles can have more than one liable party.

Both drivers can bear liability for careless or reckless actions that led to the accident. So can indirectly involved parties, such as the manufactures of defective auto parts, or businesses that furnished alcohol to a minor who later caused an accident due to alcohol impairment (and the parents of the minor, who are legally responsible for their child’s actions until they reach 18).

The same rules apply when accidents involve three cars. The sources of liability depend on the details of the case.

Below, we discuss some common three-car accident scenarios, with consideration given to liability:

How to Prove Liability in a Car Accident Claim

Liability is another term for legal responsibility. To have a successful outcome to a personal injury or property damage claim after a three-car accident, you must prove that the accident resulted from someone else’s carelessness or recklessness.

To determine liability, you must prove the following elements of negligence:

Certain risky driving behaviors tend to spell automatic liability regardless of the other factors that caused the accident.

This does not mean that other parties did not also bear liability, only that the ones who exhibit these behaviors will bear at least some liability for the accident:

The Types of Evidence Your Attorney Will Review When Assessing Liability

Often, the scene contains the most important evidence needed when determining liability for a three-car accident.

An accident involving the drivers of three different vehicles means there are at least three potentially liable parties and a possibility that all of them share in the blame. Most states have a form of comparative negligence that apportions financial responsibility for harm to others based on the percentage of each party’s responsibility.

When proving liability in a three-car accident, your attorney will work to establish that another party bears liability for your accident as well as prove that you bear no liability.

The Importance of Having an Attorney After a Three-Car Accident

While you may sue an uninsured person and even obtain a court judgment in your favor, collecting your compensation would prove difficult as most uninsured people do not have the finances to pay for someone else’s accident expenses out-of-pocket. If there are multiple liable parties, and some have associated auto liability insurance policies while others don’t, it is far more likely that compensation will come from the insured sources.

Some of the other services that an attorney can provide to your claim include:

Injured in a Three-Car Accident? An Experienced Attorney Can Help

Trying to determine liability in a three-car accident can somewhat resemble a three-ring circus, involving many actions on all sides. Retain a car accident attorney with experience negotiating and litigating three-car accidents to handle your legal claim. An attorney can help you make sense of the process and learn more about what to expect from your claim. For your free case evaluation, contact an attorney online today.