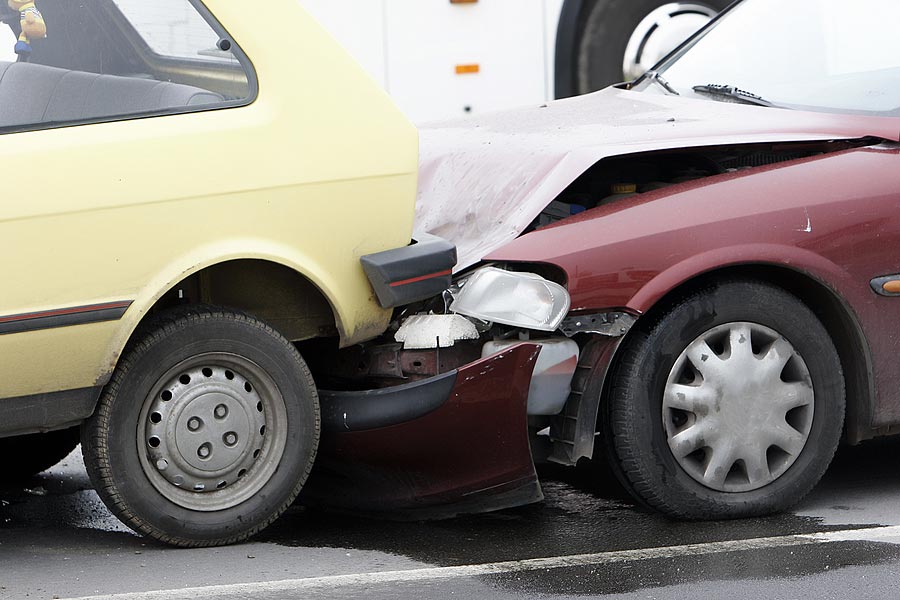 Types of Car Accidents Where You Need To Involve A Lawyer

Even though many drivers are careful behind the wheel, certain factors put individuals more at risk for a collision. Human factors such as inattention, fatigue, and impairment from alcohol or drugs, as well as ignoring safety rules or otherwise engaging in risky behavior, contribute to accidents.

Driving habits and temperament play a role. Age is also a factor. Accidents are more likely to occur when drivers are inexperienced and when they become elderly.

Experts call head-on collisions, sideswipe collisions, and running off-the-road crashes lane-departure or road-departure crashes. The consequences of these accidents may be different, but the causes are similar. A driver leaves their lane; crosses the centerline, leaves the roadway; or runs off the side of the road.

A car accident can range from a minor fender-bender to a deadly collision. (In one recent year, car accidents killed 38,800 people in the United States.) Knowing about each type of car accident can help drivers prevent a collision or injury from happening. Some accidents are more common than others.

The National Highway Traffic Safety Administration (NHTSA) reports that rear-end collisions are the number one type of vehicle collision, accounting for 29 percent of car accidents nationwide. There are approximately 1.7 million rear-end collisions each year. These collisions may be common, but they can have serious consequences.

Most rear-end crashes involve a stopped lead vehicle. Only 22 percent of rear-end crashes happened when the car in front was slowing down. Approximately one-third of rear-end collisions are the result of tailgating. Drivers must maintain a safe distance from other vehicles, but people often become frustrated when the vehicle in front of them is moving more slowly than they would like.

In some cases, tailgating leads to road rage situations. Broken tail lights often lead to rear-end collisions because the car in the back cannot see that the car in front is slowing down.

Whiplash is the most common injury resulting from rear-end collisions, even when the crash happens at low speeds.

These are collisions in which one of the vehicles strikes another in the side. Although the front and back ends of a vehicle provide a significant amount of protection for the occupants of the accident vehicle, in contrast, typically nothing more than the door and window protect occupants in the event of a side-impact accident. Therefore, these accidents are potentially more dangerous at lower speeds.

There are two types of side-impact collisions. Sideswipe accidents occur when the side of one vehicle strikes or scrapes the side of another. The vehicles may be traveling parallel to one another or in opposite directions. They may both be moving, or one of them may be stopped. According to data from the Insurance Institute of Highway Safety (IIHS), there are 242,000 sideswipe crashes each year. More than 2,500 fatalities each year result from sideswiped accidents and about 27,000 injuries. Sideswipe collisions account for 2.7 percent of fatal crashes of all types. In a sideswipe accident, a driver may lose control, spin out, or collide with other vehicles.

Broadside (also known as angular or T-bone) collisions involve the front of one vehicle hitting the side of another. In just one year 5,187 passenger vehicle occupant deaths resulted from broadside collisions, accounting for 23 percent of all fatal passenger vehicle crashes. They cause many serious injuries and deaths. Most cars have protective features such as seat belts, airbags, and bumpers to protect drivers and passengers. Some vehicles have side curtain airbags, but most do not. Therefore, there is little to protect people struck by a side impact.

Common causes of side-impact crashes include running a red light (the driver crashes into the side of a vehicle crossing with a green light); running a stop sign, a common occurrence at four-way stops; making an illegal or unsafe left turn, which frequently happens when drivers are pulling out of parking lots and side streets; and wandering out of a lane, which can also result in cars going out of control.

These collisions occur when cars driving in opposite directions crash into each other from the front. Statistics show that only 2 percent of crashes are head-on collisions, but they account for well over 10 percent of driving fatalities. They tend to cause catastrophic injuries such as brain injuries, spinal injuries, badly broken bones, and paralysis. They often happen on two-lane highways, where there is one lane in each direction and no barrier separating the lanes. Other head-on collision scenarios include driving the wrong way onto streets or ramps; drivers wandering into the wrong lane; aggressive drivers trying to pass on one-lane roads; and in some cases, faulty brakes or other mechanical failures.

Data from the National Highway Traffic Safety Administration shows more than 280,000 rollover crashes per year. More than 11,000 of these are fatal accidents. About three percent of car accidents involve rollovers, but they cause approximately thirty percent of motor vehicle accident fatalities. Even when using seat belts or other safety features, the occupants of the vehicle may suffer a wide variety of serious injuries.

A rollover accident means that a vehicle turns over onto its side or roof. In some circumstances, it may roll over several times before stopping. Any vehicle can roll over, depending on the circumstances. However, higher, narrower vehicles such as SUVs, pickups, and vans are more susceptible than traditional cars because they are top-heavy and have a higher center of gravity. In particular, road conditions, environmental factors, and driving skills affect rollover accidents.

When a vehicle goes around a curve, the center of gravity shifts to one side, throwing off the car’s balance. If a driver makes a sharp turn and then overcorrects the other way, the rapid changes in direction can cause a rollover. A vehicle may roll over when maneuvering over uneven terrain. Poorly maintained roads are a contributing factor. Low tire pressure, driving on a flat tire, or a tire blow-out from a defective tire can lead to a vehicle rollover. Strong winds may cause high-sided vehicles such as trucks, buses, and vans to tip over.

The two types of vehicle rollovers include:

We tend to think of accidents as involving two or more cars, but 58 percent of police-reported fatal car accidents involved only one vehicle. Since there is only one car, it stands to reason that the driver is at fault.

However, factors that may contribute to a single-car accident include:

Accidents involving multiple vehicles are not always as simple as they may seem. As with rear-end collisions, many multi-vehicle collisions happen when people fail to maintain enough space between their car and other vehicles on the road.

One crash may lead to a disastrous chain reaction or a pile-up. It may be difficult to avoid an impending accident because potential dangers are coming fast from all directions. In the chaos of a multi-vehicle collision, two or more drivers may hit some cars more than once, and momentum from another crash may cause some impacts.

While many accidents happen at terrifying speeds, three-quarters of all fatal accidents are not speed-related. These accidents that occur at low speeds are typically described as low-impact collisions.

A low-impact collision is when a car collides with another car or an object at a low speed, typically less than 15 miles per hour. In crashes that occur at low speeds, property damage may be minimal, but a driver or passengers may still be seriously injured. Low impact injuries can include whiplash, concussions or other traumatic brain injuries, neck and lower back injuries, broken bones, or torn ligaments.

Negligent operation of vehicles is a common cause of all types of collisions. When a driver gets behind the wheel of a motor vehicle, they owe a duty to all other drivers on the road to operate their vehicle safely and responsibly at all times. In some cases, failing to meet this standard of care can result in a serious or fatal accident.

Negligent driving typically means driving a car carelessly without taking reasonable precautions to protect others. It often includes violating the rules of the road. In the context of head-on collisions, negligent driving often means failing to use a turn signal, speeding, failing to yield the right-of-way, passing a vehicle in a no-passing zone, or violating some other rule of the road.

When To Get An Attorney For A Car Accident