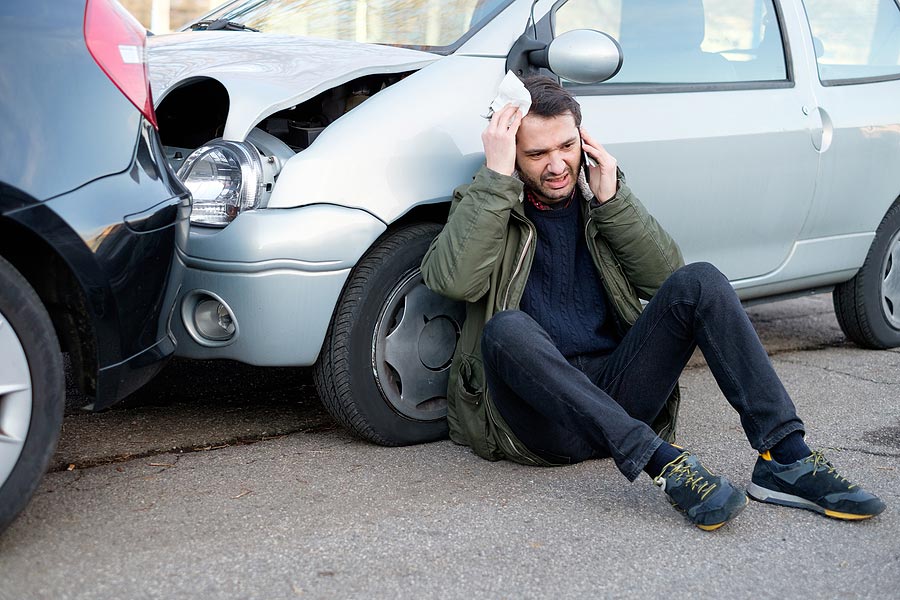 There is a common misconception that rear-end collisions are minor accidents, resulting in minor injuries. That may be true in a few lucky instances, but it is not always true. These crashes happen in an instant. In addition to property damage, rear-end crashes can severely injure those involved. Also, the nature and extent of the injuries are not always immediately apparent. In some cases, it is evident that the injured person needs immediate medical treatment. However, an accident victim may walk away feeling unhurt only to discover injuries later.

The National Highway Traffic Safety Administration (NHTSA) states that rear-end collisions are the most prevalent type of car accident, accounting for about 2.5 million rear-end collisions each year. Drivers often become complacent and unaware of the danger right in front of them. If there is a consistent gap between a car and the one in front, the driver may not worry. Then when a driver glances away, only for a second, the car in front brakes unexpectedly, and an accident happens.

What Is A Rear-End Collision?

Rear-end accidents happen when the front bumper of one vehicle hits the back end of another vehicle. People often refer to these accidents as “fender benders” and consider them fairly minor accidents. However, even when a rear-end collision happens at a low speed, the result may be serious injuries. A crash between vehicles traveling as slowly as five mph can leave 10 percent of vehicle occupants with whiplash.

Basically, anything that distracts a driver or impedes their judgment is a hazard. All a driver has to do is take their eyes off of what is going on in front of them for a fleeting second, and they are unaware that the driver in front of them needs to put on the brakes.

According to data from the NHTSA Virginia Tech Transportation Institute (VTTI) study on car accidents, including rear-end collisions, research showed:

Typical causes of rear-end collisions include:

According to the NHTSA data, more than 2,000 rear-end collisions cause fatalities, and more than half a million result in injuries every year. The type and severity of rear-end accident injuries depend on many factors, such as speed, the victim’s body position, and other circumstances of the accident. Often, the spine, muscles, and tendons of the injured person brace for impact, which may damage the skeletal structure and nerves.

Common injuries resulting from a rear-end collision include:

What Qualifies As A Serious Injury?

Florida is one of 12 no-fault states, which simply means that injured parties must seek compensation through their own insurance. However, many no-fault states have unique laws that vary greatly from state to state. For example, Florida has a “serious injury threshold,” so the type and severity of the injury may affect the injured person’s legal remedy.

[A] plaintiff may recover damages in tort for pain, suffering, mental anguish, and inconvenience because of bodily injury, sickness, or disease arising out of the ownership, maintenance, operation, or use of such motor vehicle only if the injury or disease consists in whole or in part of:

If the injuries do not meet Florida’s threshold, the victim will only be able to file a claim for benefits through his or her own insurance provider. If the losses do not exceed $10,000, the injured person is bound to the no-fault option and cannot collect damages for non-economic losses such as pain and suffering.

Determining Fault After A Rear-End Accident

Fault depends on the circumstances. For example, the driver in front may bear responsibility if they suddenly reversed without checking behind them.

What Do You Need To Know About Rear-End Collision Injuries?

Injuries sustained from a rear-end collision may not immediately appear. Many car accident victims experience a surge of adrenaline in the moments after an accident, which may mask pain or symptoms so that they believe they were not injured. Signs and symptoms of an injury may take hours or even days to show up.

That is why you must seek medical treatment immediately after being hit in a rear-end impact. Accurate diagnosis and prompt, effective treatment may avoid worsening injuries or complications.

All accidents and the resulting injuries are different. Some injuries demand more intensive medical treatment than others, which may have an impact on the injured person’s future. All claims and lawsuits must be filed within certain deadlines, called the statute of limitations.

Types of Car Accidents Where You Need To Involve A Lawyer

What Happens When Someone Dies in a Car Accident?