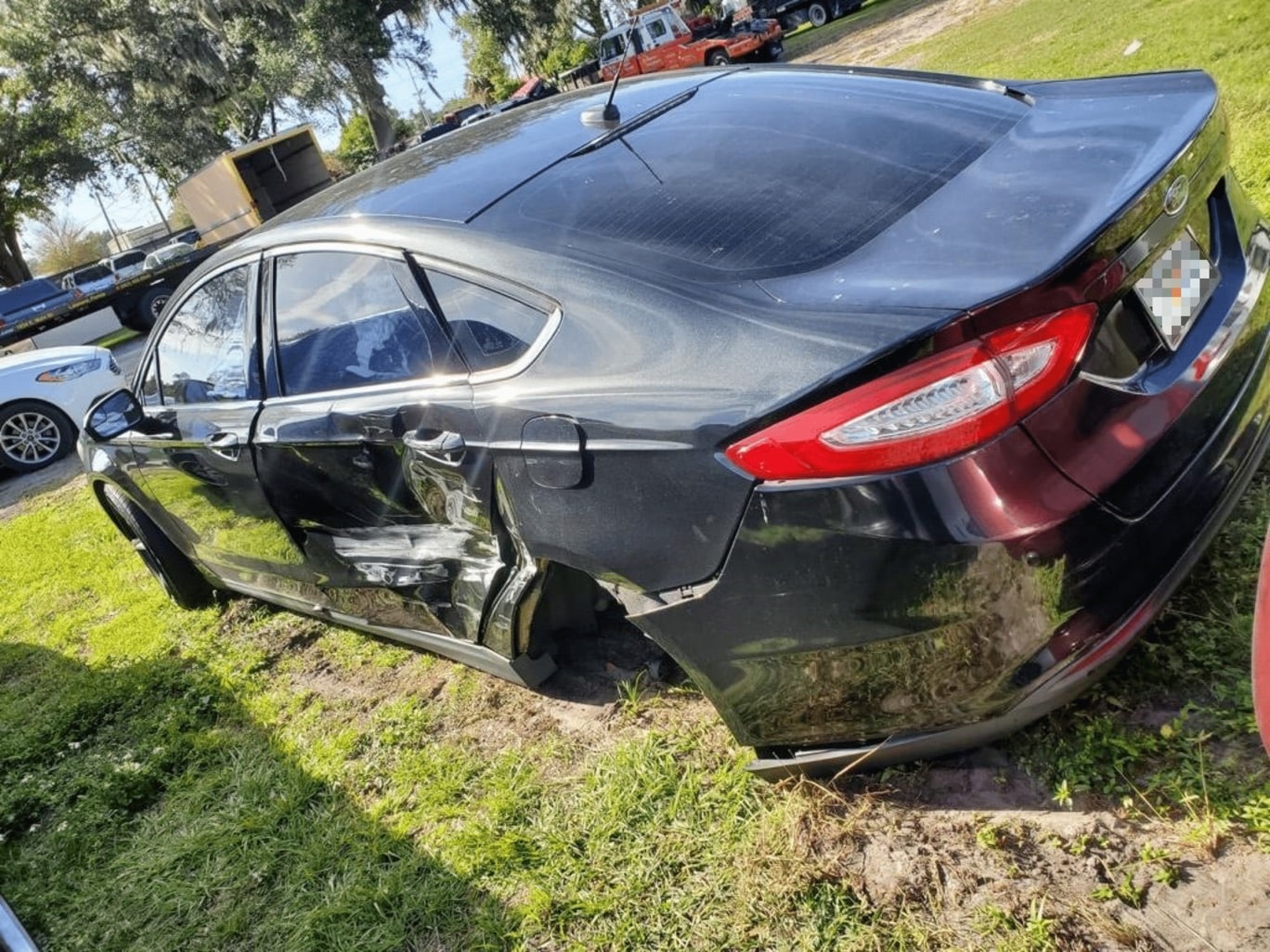 People are often surprised by the many types of car accidents that can occur. To many, a car accident is any collision between automobiles, but the truth is that the type of accident you are involved in can have far-reaching implications on your life. Sideswipe accidents are quite common on the road and can result in minor to fatal injuries of victims based on how and why the accident occurs.

If you are a victim of a sideswipe collision, speak with a car accident attorney to learn and understand your rights as soon as possible.

What Is a Sideswipe Collision Accident?

The sideswipe term itself most accurately describes the action taking place during a sideswipe collision. The side of two vehicles will come into contact while at least one of the vehicles is in motion. For a sideswipe accident to occur both cars could be traveling alongside one another in the same direction or could be traveling in opposite directions when they collide side by side. It is also possible for a sideswipe car accident to occur when one of the vehicles is either parked alongside the road or stationary in traffic.

What Are the Most Common Causes of Sideswipe Accidents?

Sideswipe accidents happen when a motorist travels out of their lane into the lane of another vehicle. Sideswipes can occur in any type of roadway whether it is a neighborhood road, city street, or highway. When roads become congested with heavy traffic and drivers are passing in and out of lanes, the risk of involvement in a sideswipe collision will increase drastically.

Some common real-world sideswipe scenarios include:

In almost all instances of a sideswipe, the accident that occurs is due to the negligence of at least one party. All it takes is one moment of distraction or looking away from the road ahead and around a vehicle to cause a sideswipe collision.

Some of the most common reasons a sideswipe will happen include:

Sideswipe collisions can range from a minor crash to a devastating accident and much has to do with what occurs in the immediate moments after the initial impacts. In accidents at lower speeds, a sideswipe can be nothing more than an inconvenience and property damage dispute but when a sideswipe occurs on a highway or busy road at higher speeds things can go wrong very quickly.

The most catastrophic sideswipe collisions often happen when there is a secondary impact or action that exacerbates the situation. The reality is that many victims of a sideswipe do not see the accident coming and when they unexpectedly feel an impact they may overcorrect their vehicle, swerve to avoid other vehicles, or lose control of their vehicle from the impact. This can lead to dangerous rollovers in higher-profile cars and SUVs or spin-outs and drifts into other traffic or objects nearby such as walls, streetlights, or buildings.

In these incidents, drivers and passengers stricken in a sideswipe must not only face the initial impact and force behind the first hit but also the follow-up impacts which can often result in significant damage and severe to fatal injuries.

Who Is at Fault in a Sideswipe Collision?

The fault in sideswipe car accidents is often placed on the motorist that failed to remain in their lane. In other words, the driver that crossed over into the lane of another vehicle will likely be held responsible for the damages and outcomes that result from that initial impact. There are some rare scenarios where the vehicle that traveled into another lane may not be completely at fault in an accident; such as in situations where a vehicle was struck and pushed into traffic by another vehicle.

While the ability to determine fault based on these clear guidelines may not be complex; the investigation of the scene of an accident can be difficult and complicated. Depending on the force and momentum at the moment of impact cars in a sideswipe accident can travel a great distance before they come to a stop. This combined with the chaos that unfolds after an accident in attempts to attend to victims that have been injured can make it even harder to decipher how an accident occurred.

With a thorough investigation, additional details are discovered and evidence can be revealed such as footage of the accident, witness statements, evidence of damage on the vehicles, injuries, and other information that can help determine fault in a sideswipe collision. You may have the right to bring a claim against the other driver’s insurance company if that driver is responsible for your injuries.

What if a Driver Hits Your Car and Flees the Scene?

Sideswipe accidents can at times lead to hit-and-run collisions. The nature of the accident can make it easy for the vehicle that impacts your car to flee the scene soon after the accident. In cases where a sideswipe occurs to an unoccupied parked car, the driver of the vehicle may leave instead of finding the owners of the vehicle they have damaged.

If you are a victim of a hit-and-run you should immediately contact law enforcement to file a report on your accident. If you or witnesses have information that can identify the vehicle responsible for the accident you may pursue compensation for your damages from the at-fault party or their insurer. However, if you can’t identify the driver that struck your car you could be eligible for compensation from your own insurance provider depending on your coverage. Personal injury protection, collision coverage, and uninsured motorist policies may help you recover from your losses after a hit-and-run sideswipe collision.

Larger vehicles that strike a smaller vehicle can cause a forceful impact on the smaller vehicle throwing the vehicle into oncoming traffic or nearby objects. When a vehicle such as a large commercial truck or tractor-trailer moves into the lane of a lower profile vehicle, an override accident can result and will endanger the lives of any driver and passengers in the smaller car.

On the contrary, a smaller vehicle can cause a larger higher profile vehicle such as a truck or SUV to roll over if the large vehicle is struck with sufficient impact to make a driver lose control.

Speed of both vehicles

The speed of the vehicles in a sideswipe accident will also determine the extent of the damages and injuries. A sideswipe in stop-and-go traffic on a neighborhood route is unlikely to cause catastrophic level injuries and damages. However, when a sideswipe occurs on highways and freeways with most vehicles traveling upwards of 50mph the outcome can be tragic.

Common Injuries in a Sideswipe Collision

The unfortunate victims of sideswipe accidents are often caught off guard by the impact of another vehicle. The inability to brace for impact combined with the force and momentum of a sideswipe hit can cause a driver and passenger to helplessly and violently be thrown about their vehicle. The side structure of most vehicles is weaker than the front or back end and can cause more direct blows to the individuals nearest to the primary point of impact.

Sideswipe collision injuries can include:

What Compensation Could You Be Entitled to in a Sideswipe Accident?

Sideswipe car accident injuries can result in increased financial burdens, missed work, prolonged medical care, and pain and discomfort to families facing the loss of a loved one. Sideswipe victims may wonder how they will rebuild for the losses they have suffered and the damages that will continue to affect their lives in the future. After a sideswipe accident, you may be entitled to compensation for your damages under the law.

Sideswipe accident losses can include:

When Should You Contact a Car Accident Lawyer After a Sideswipe Collision?

It is important to contact an attorney that can represent you after a sideswipe accident as soon as you can and are stable from your injuries. Many critical steps take place early in the injury claims process, such as investigations of the accident, determinations of fault, and estimates of damages. The sooner you hire a lawyer on your behalf the sooner your legal rights will be preserved and fought for against all the parties that may be part of your case. Do not allow insurance companies to proceed with little consideration of the injuries and damages you have suffered.

While you may think you have plenty of time to file a personal injury lawsuit for a sideswipe accident, there are limitations on how long you have to begin legal action against the parties responsible. Personal injury lawsuits can take time to investigate and prepare and longer to successfully resolve. Avoid delays or preventable complications in your case by ensuring you contact an attorney with ample time to meet the requirements of the statute of limitations in your state.

In Florida, an accident victim has just four years from the date an accident occurs to begin a lawsuit against the parties responsible or you forfeit your legal rights to seek monetary compensation for your damages.

How Can a Lawyer Help You if You Are Injured in a Sideswipe Car Accident?

Sideswipe car accident collisions bring up issues you must resolve to seek the compensation you deserve. Insurance companies and at-fault parties will make every effort to prevent you from recovering the potential damages you deserve.

A sideswipe collision attorney can help you manage insurance companies, medical collection companies, at-fault drivers, and other interested parties throughout the process of your personal injury claim and any legal actions that proceed to resolution by a court.

Sideswipe accident investigations can be tedious and require immense resources to discover all information that could be pertinent to your case; including expert testimony and accident recreations that can benefit your claim. Most individuals do not have the time and personal resources to follow through with what is needed to effectively prepare and file a personal injury claim. However, lawyers and their staff have the knowledge, experience, ability, and assets to best advocate and protect your rights after an accident.

A lawyer will also help you to estimate the damages you have suffered to reach the maximum potential for your injuries and losses. The calculation of damages is an often overlooked aspect of personal injury claims, but it is a vital step to understanding the true impacts of your injuries and a stepping stone towards negotiations of settlement offers in your case.

A car accident lawyer can provide a free case evaluation to discuss the injuries you have suffered in a sideswipe accident caused by another driver.

​How to Recognize the Signs of a Stroke