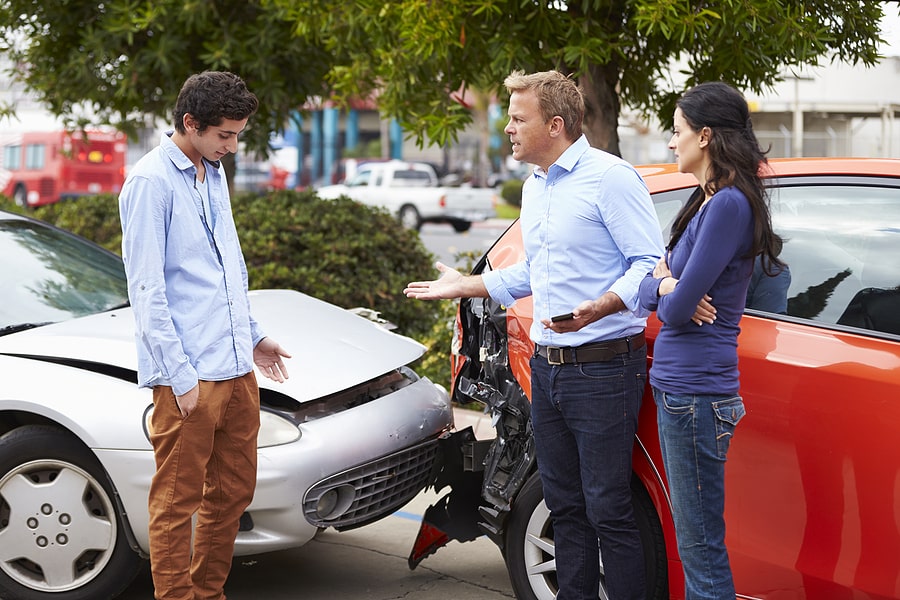 How Can a Lawyer Help Me After a Road Rage Accident in Tampa?

Driving for long periods can make people feel stressed and exhausted. Another motorist might do something to make a person annoyed. The frustration of a driver increases the risk of a road rage incident. Road rage can lead to dangerous actions, and people can get hurt.

In Tampa, drivers face the risk of aggressive motorists each time they get onto the road. A guilty driver receives multiple penalties as a result of their behavior. Furthermore, they would have to pay the injured person compensation. You would need to file a lawsuit to recover damages, and a car accident lawyer would assist you.

When a driver shows signs of aggressive or enraged behavior, they have what people refer to as road rage. Road rage includes insults, verbal threats, and physical threats toward other motorists. You might hear someone repeatedly honk their horns for long periods during heavy traffic.

Road rage can lead to physical altercations and property damage. In some cases, angry behavior results in car collisions. A person might engage in hazardous driving methods and put themselves and others at risk of harm.

Drivers have seen a roughly 31 percent increase in road rage incidents in Florida in recent years, especially cases with firearms. The main reason is the increased traffic during specific times of the day. Tampa is a major city and home to hundreds of thousands of residents.

Traffic peaks early in the morning and after 3:30 p.m. Multiple I-275 exits regularly see congestion, so road rage is likely to occur.

Driving with road rage comes with a range of behaviors. Many of them can cause accidents if the motorist remains negligent.

Common types of driving methods include:

A vehicle might block you from changing lanes or flash high beams at you. The law holds drivers accountable for road rage-related accidents. If the behavior caused your injuries, an attorney could help you seek justice.

The Contributing Factors of Road Rage

Heavy traffic is the most common cause of road rage. People feel tired in the early morning or after a long day of work. They are more likely to become frustrated quickly if they see a crowded street. Minor inconveniences turn into annoyances in the presence of traffic.

However, anonymity is another factor in road rage incidents. While you may interact with other cars, you likely will not see them again. Many people do not think about the other drivers soon after arriving at their destinations. As a result, a stressed driver might not hesitate to honk excessively or weave through lanes.

The actions of other motorists can lead to someone experiencing road rage. A person could use their phone and accidentally cut a driver off amid the distraction. As a result, the offended driver could become angry toward the negligent motorist.

Impatience might make an individual behave erratically on the road. If they run late for an appointment, they could speed or weave through traffic.

What Penalties Apply to At-Fault Drivers?

A person can face up to 90 days in jail for their first reckless driving offense. They need to pay anywhere from $25 to $500 in fines. A second offense could mean six months in jail and $5,000 in fines.

Penalties include points toward the negligent motorist’s driver’s license. The number of points depends on the road rage-related traffic violation. Reckless driving is worth four points, and speeding is another three. A person gets three points if they fail to yield, and the failure to stop at a red light is worth four.

If an individual receives 12 points within a year, they get a 30-day suspension. The punishment lasts three months if someone gets 18 points in 18 months. A driver has to apply for reinstatement once the suspension ends.

Of course, at-fault drivers face punishment from insurance companies after accidents. An insurer typically raises a person’s premium. In Florida, the average cost increase of a policy is 65 percent.

What to Do if Another Driver Has Road Rage?

If you become a victim of road rage, one of the first steps is to keep a safe distance. Calmly steer clear of the aggressive driver if you can. However, you should avoid weaving through traffic or speeding. Do not stop unless you have to at a stop sign or traffic signal.

Some angry drivers interpret stopping at a parking lot as an invitation for a confrontation. If the driver continues to tailgate or harass you, you can go to a police station. Most offending motorists do not follow targeted vehicles to a station. If someone does, you can go inside and notify the police of the situation.

When a Collision Occurs?

Call emergency services if a person with road rage causes an accident. The police will arrive to assess the situation and produce a police report. You and your attorney can use the report to build a case and win compensation.

After you notify the police, you need to document as much evidence as possible. Take pictures of your vehicle from different angles and distances. If you have visible injuries, you should photograph them. If you cannot take photos, draw a diagram or write down details of the incident.

Speak with the other driver to get their name and insurance information. Then, look for any witnesses who saw what happened. You can obtain their name, phone number, and email. Your lawyer can contact witnesses to get their statements.

Once you can leave the accident scene, go to the nearest hospital. A doctor should examine you in case you have any unseen injuries. They can treat severe conditions to protect your well-being, and you can begin a treatment plan right away.

Another reason to go to the doctor immediately is to know what you can claim for damages. The last step to take is to find a lawyer near you. An attorney works hard to help you recover from your losses.

When a lawyer determines you have a valid road rage case, they begin the process of a lawsuit. Lawsuits can take several months to over a year. Therefore, a few people choose to initiate the process sooner rather than later. Additionally, an early claim often means more recoverable evidence is available.

Another benefit is that you do not have to worry about the court automatically denying you compensation. One possible defense of the opposing party is proving the statute of limitations passed its expiration date. Every state has a law for how long people have, and you cannot recover damages once your time is up.

The statute of limitations for a road rage claim in Tampa depends on the nature of the accident. A standard car collision has a four-year deadline. If your vehicle or personal effects sustained damage, you could file a property damage claim. You would have four years from the day of the accident as well.

If a person died from road rage-related injuries, a personal representative seeks compensation for the family. However, the law places a two-year deadline for wrongful death claims.

While years seem long, they can go by quickly when you become preoccupied with your recovery. A few situations may extend the statute of limitations. You should ask your attorney if an exception applies to your case.

What Do You Need to Prove Negligence?

During a road rage lawsuit, the plaintiff must establish that the defendant owed them a duty of care. The injured person needs to show how the other driver’s actions directly caused harm. Once you prove negligence, you are a step closer to compensation.

While your lawyer tries to prove liability, they investigate the collision to find substantial evidence. The court does not allow police reports as viable evidence. However, the document can provide the attorney with helpful details. In the meantime, they search for other crucial information.

Pictures and videos increase the strength of a plaintiff’s case. Images and footage give the judge and jury a clear depiction of what took place. People can see how severe the aftermath was. You can get videos from dash cams. Furthermore, your attorney can request footage from any nearby surveillance cameras.

The testimony of a witness is valuable for any road rage claim. A neutral third party is effective for a strong case. Your attorney typically calls in witnesses to get an official statement during a deposition. You should contact them soon while the collision is fresh in their minds.

After the accident, the other motorist might admit they were at fault. The responsible person needs to give their admission to either the police officer or the injured person. If a witness overhears the confession, they can testify during a trial.

The at-fault party or their insurance may try to downplay your injuries. When you visit a doctor for treatment, you can obtain medical records. The records prove you did not exaggerate your injuries. They display the cost of medical care you had to pay due to the driver’s road rage.

Should You Drive Your Car After an Accident?

A person’s vehicle may appear safe to drive in after a collision with an aggressive motorist. However, do not continue to use your car until a mechanic inspects it. The vehicle could have an unseen issue, and you could experience further harm if a malfunction occurs.

Of course, you can obtain a repair bill to show the cost of the damage the other driver created. Some people believe they need to go to an insurance-improved repair shop. However, you can visit any mechanic you trust. While you do this, find a car accident lawyer near you.

What if the Government Caused the Crash?

The other driver might have worked for a government agency. People in Tampa could sue the government if the employee acted while they performed their duties. You would hold the agency liable instead of the individual unless the person caused harm intentionally.

However, the law places significant limitations on claims against a department. An injured party can only collect up to $200,000 per accident. If the court issues a verdict in your favor, the state may file an appeal.

Unlike claims against the average citizen, you only have three years to begin one. The deadline shortens to two years if the victim passes away because of the employee’s negligence. Furthermore, you have 180 days to submit a notice of claim in writing.

Tampa Sideswipe Collisions: Why They Occur and What To Do After