We have all witnessed road rage at some point during our lives, and many of us have displayed road rage at some point, even if mild. Some forms of road rage fall under the umbrella of rude behavior and do not lead to dangerous accidents, injuries, or fatalities. However, road rage can and does go too far. Aggressive and careless drivers who are impatient and rude make choices behind the wheel that put others on the road at risk for accidents and injuries.

If you have sustained injuries in an accident caused by road rage, you may have legal options to seek compensation for damages from the aggressive driver. Contact an experienced auto accident attorney as soon as possible to discuss the events that led up to the accident, your injuries, and the impact they have had on your life.

If you have experienced another driver’s road rage or suffered injuries from road rage, you might think it is a rare occurrence. You are not alone. Unfortunately, road rage occurs far too often, sometimes with treacherous results.

These alarming facts and statistics provide a better understanding of the problem in Florida and throughout the United States:

Road rage is a collection of vengeful and reckless driver behaviors that fall under the category of aggressive driving. Some organizations and agencies use the concepts of road rage and aggressive driving interchangeably. Regardless of how you look at these behaviors, they are dangerous and put others who share the road at risk for severe injuries or death. Road rage characterizes the most extreme aggressive driving behaviors.

Although people and organizations often conflate the concept of road rage and aggressive driving, they are distinctive, especially under the law. The NHTSA defines aggressive driving as operating a motor vehicle in a way that endangers other people or property, and it is a traffic violation. On the other hand, road rage is a criminal offense, except for yelling and making obscene gestures.

Other examples of driver behaviors that law enforcement typically considers as aggressive driving and/or road rage include:

Factors that Contribute to Road Rage

Below is a broad overview of the most common road rage factors according to the NHTSA: 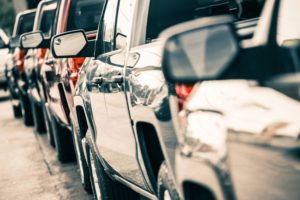 Traffic delays are one of the most common contributing factors to road rages. Delays stem from roadwork, traffic accidents, heavy traffic, and test the patience of all drivers. Those who have a low tolerance for delays sometimes tailgate other vehicles, frequently change lanes, and get angry at other vehicles who get in their way.

Drivers have multiple obligations, whether they are single, married, or married with children. They might have to be to work, school, a meeting, a sports event, or another appointment. Those who run late sometimes drive aggressively and may display road rage. NHTSA research shows that the stress of endless obligations weighs differently on some individuals and contributes to a pattern of aggressive driving.

Although drivers share the road with many other motorists, cyclists, and pedestrians, they are still isolated from the rest of the world while inside their vehicles, creating a distinctive blend of private and public behavior. The isolation that occurs within a vehicle creates feelings of detachment and anonymity that can promote antisocial behavior. More simply, some drivers feel free to display road rage because others cannot see them, or they know they will not see those who witness their behavior.

Disregard for the Law and Others

In the same way that social norms influence driving behavior, so do cultural norms. People change their behaviors based on what is appropriate at the time, which is heavily influenced by the media, movies, and television. Some suspect that car chase scenes in movies influence motorists by creating models of aggressive driving behavior. Other scientists think that disregard for the law and others stems from the erosion of values and respect for authority, which they claim is a result of cultural changes such as the breakdown of the extended family. This disregard for law and safety leads some to engage in aggressive driving behavior.

The NHTSA notes that the majority of drivers do not engage in aggressive driving regularly, and some never do. However, aggressive driving is a habit for a small portion of motorists. They drive aggressively each time they are behind the wheel. It can be related or triggered by one of the other factors, but some learn that driving aggressively is appropriate. Other drivers engage in road rage as an “expression of illness.”

If you are involved in a road rage accident in Florida, you have the right to seek compensation for damages from the driver who caused the accident and your injuries. Florida is one of several states with a no-fault insurance system. The state requires drivers who register a vehicle to carry minimum amounts of personal injury protection (PIP) coverage and property damage liability coverage (PDL) to provide benefits in case of an accident.

After suffering injuries in a road rage accident, you must contact your insurance company to file a claim under your PIP coverage, even though an aggressive driver caused your injuries. Your Florida PIP policy would pay a portion of your medical expenses and lost wages, up to your policy limit. Minimum coverage is $10,000, so you may quickly meet or exceed your policy limits if you suffered severe injuries. PIP coverage also extends to you if you suffered injuries from an aggressive driving accident as a pedestrian or while riding your bicycle. Once you have exhausted your PIP insurance options, you could file a claim with the driver’s insurance company and an accident injury lawsuit if necessary.

If you settle with the insurance company or the court rules in your favor, you could receive compensation for:

Criminal Prosecution vs. a Civil Lawsuit After a Road Rage Accident

Florida law does not directly deal with road rage. However, one statute does protect other motorists from habitual aggressive drivers. The law requires law enforcement to screen accident reports and identify if the driver responsible has caused other crashes in previous years. If this is the case, they can require the driver to take driver improvement classes on top of other fines and penalties. Any traffic citations or criminal charges that arise from a road rage accident do not impact your civil lawsuit against the aggressive driver.

If the driver faces criminal prosecution, a jury will decide if he or she was guilty of the charges made against them. Like other criminal trials, the jury must find the defendant guilty beyond a reasonable doubt. Although your attorney might want to wait to see how a criminal trial plays out, the outcome of the trial is independent of your lawsuit.

In a civil lawsuit, the jury has a lower standard of proof. The jury makes a decision based on the preponderance of the evidence. Instead of finding the defendant guilty beyond a reasonable doubt, the court must decide that there is more than a 50 percent chance that the claim is true. Sometimes, insurance companies might be involved in a civil trial involving road rage. However, you may file your suit directly against the aggressive driver. The Insurance Information Institute warns that many auto insurance policies do not cover road rage.

Steps After a Road Rage Accident

When road rage goes too far and leads to an accident, you might find yourself angry, overwhelmed, and fearful, making it difficult to know the right steps to take in the wake of an accident.

However, these steps can help you protect the value of your claim; try to follow as many as you can, depending on how long ago you were involved in a road rage accident.

How Much Is a Car Accident Claim Worth?

How Long After a Car Accident Can You File an Injury Claim in Florida?