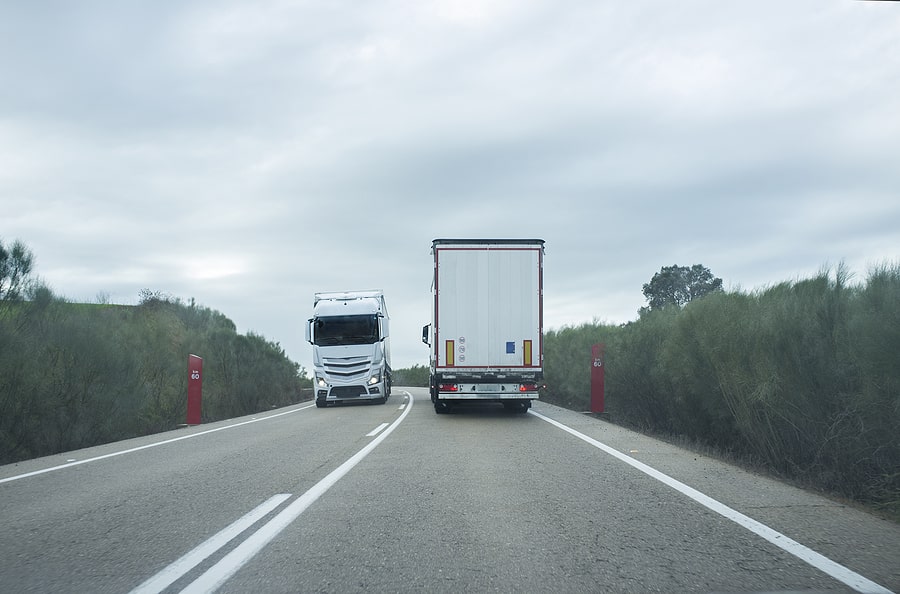 A head-on truck collision combines two of the most deadly—and frightening—types of vehicle accidents. Semi-trucks, a fixture of Florida highways, are incredibly dangerous vehicles. Colliding straight into one may leave drivers and passengers seriously injured, permanently scarred, unable to walk, or even dead.

If you or a loved one was in one of these accidents, you know firsthand how life-changing the aftermath is. They can be fatal or leave the driver or other victims permanently disabled or unable to care for themselves independently. But you have recourse to seek damages from the trucker who hit you.

A Lakeland truck accident attorney can tell you more about filing a lawsuit for damages after a head-on collision with a truck.

The Dangers of Commercial Truck Accidents

These trucks can weigh up to 80,000 pounds when fully loaded. By contrast, the average passenger car or SUV weighs about 5,000 pounds.

The size differential can create serious dangers when semi-trucks and passenger vehicles share a road. Consider the following ways in which semi-trucks differ from other vehicles:

All vehicles need space to come to a safe, complete stop. The amount of space each vehicle needs is based on its inertia, which is the state of motion of an object, in this case, vehicles, that continues until an outside force stops it (the brakes are applied).

The larger and heavier the vehicle, the greater inertia it has when traveling. Thus, it requires more room and time to stop—about 40 percent more than a passenger car.

Essentially, a commercial truck can’t stop on a dime. If a driver cuts the semi off and slams on its brakes, the truck may not have enough distance on the road to safely stop and could run into the vehicle.

In a head-on collision scenario, the same principle applies. The truck may be unable to stop in time to avoid the wreck because it’s too large. If the road is wet or the truck travels at high speeds, it needs more time and distance to stop.

Most vehicles have a blind spot, an area usually behind the vehicle that a driver can’t see with either the side or rearview mirrors.

Trucks have larger blind spots, and they’re on all four sides of the vehicle. The largest blind spot is on the passenger side of a semi-truck, stretching about two car lengths. If you’re traveling to the right of a semi-truck, there’s a good chance the driver doesn’t know you’re there.

Truckers are on the road for hours, many days of the week. Although it seems like they’re just sitting there, driver fatigue for long-haul truckers is very real.

The need to pay constant attention to their surroundings, added to “highway hypnosis,” can make the driver sleepy and their brain sluggish and not as responsive to an unexpected change on the road, like a car swerving in front of them or braking suddenly.

According to the Federal Motor Carrier Safety Administration (FMCSA), which regulates and oversees the trucking industry, about 13 percent of commercial truck drivers involved in traffic collisions drive while fatigued.

Did you know that fatigued driving has much the same effect as driving under the influence of alcohol? It can affect the driver’s ability to control their speed, travel in a single lane, brake on time, or react suddenly.

Semi-trucks have a higher ground clearance than other vehicles, which results in a space underneath that is large enough for a smaller car to become wedged in. This issue isn’t just a movie gag—underride happens and is often deadly for those in the trapped car.

In addition, the higher ground clearance makes semi-trucks more susceptible to tipping over during high winds or storms.

The dangers that semi-trucks pose means that drivers on Florida highways should always be careful when passing or traveling beside semi-trucks and use defensive driving techniques to help prevent a collision. And if you were involved in a semi-truck crash, a Florida truck accident lawyer can help you file a claim.

The Dangers of Head-On Vehicle Collisions

A head-on collision is pretty much what it sounds like—two vehicles collide directly into each other. The forward motion (inertia) in opposite directions means that they collide with more force than in another type of wreck, like a T-bone or rear-ending accident. Although head-on collisions are rare, accounting for just 2 percent of all motor vehicle crashes, they cause 10 percent of all car accident fatalities.

Usually, a head-on collision doesn’t mean both vehicles hit each other squarely but instead is an off-center collision that causes one or both vehicles to spin out of control and into the roadway or onto the shoulder.

So head-on collisions aren’t just dangerous for the two drivers involved. It’s possible to be a victim of a head-on truck collision without being one of the two drivers initially involved in the wreck. If this happens, a truck accident attorney can help you recover damages from the parties that contributed to the wreck.

Knowing how a head-on truck collision can occur helps keep you and your passengers safer while traveling in the Sunshine State. As one of the states with the most seaports, Florida is a large shipping destination for goods from overseas. Semi-trucks transport these goods throughout the country.

These aren’t all the reasons a semi-truck accident can happen; they’re just some of the most common ones. Your Florida truck accident lawyer will investigate your case to determine the cause of the accident and the fault shared by a careless trucker or negligent trucking company.

Injuries That Can Happen in Head-On Truck Collisions

Some of the most painful and life-changing injuries stem from a head-on collision with a semi-truck. The size discrepancy means that the much-smaller passenger car offers little protection for the people inside. Sometimes, the truck doesn’t just hit the other car but can travel right over it.

Catastrophic accident injuries from a commercial truck accident include:

Scarring and disfigurement are common after severe vehicle accidents. Victims may face months of painful recovery, skin grafts, or reconstructive surgeries. The party responsible for causing your injuries should cover your medical bills.

Choose an experienced truck accident attorney to help you file a claim that covers all the treatments you need to recover.

Filing a Lawsuit for Damages After a Head-On Truck Collision

Victims injured in a commercial trucking accident or families of people killed in an accident may be able to seek compensation for their loss from the party that caused it.

Commercial trucking accidents differ slightly from regular passenger vehicle accidents because multiple parties generally cause truck collisions. Sorting out responsibility and liability can be tricky, so hire a truck accident lawyer familiar with these claims.

Lawsuits start with your truck accident lawyer determining which party or parties are liable for the wreck. The trucking industry is heavily regulated, and shipping carriers must maintain their trucking fleet so that the vehicles are safe and supervise their drivers.

There are other parties that, while they may not have been on the scene of the accident, nevertheless contributed to the collision.

Parties who can be held liable in a trucking accident include:

Your truck accident attorney’s first task is determining what parties contributed to the wreck.

Then, the lawyer must prove negligence on the part of the responsible parties, a four-part task that shows:

These are the elements of proof required for a personal injury lawsuit, in which a truck accident claim is considered. As the victim, you may be eligible to claim economic damages, such as medical costs, repairing or replacing your car, and wages you didn’t earn because you missed work while recovering from your injuries.

You may also claim non-economic damages, like pain and suffering from your injuries, to compensate you for the emotional trauma and distress you’re feeling after the wreck.

However, if someone dies from the accident, the surviving family members can file a wrongful death suit against the at-fault parties.

Wrongful death cases require the same proof of responsibility and negligence as a personal injury case. Still, the damages the victims can claim differ, including funeral costs and compensation for losing a loved one.

A head-on truck collision can change your life and alter your family forever. These cases are complex, and you need a truck accident lawyer to represent you with the tenacity you deserve.

Don’t try to negotiate with the commercial trucking company’s lawyers or insurance company alone. Contact a Lakland truck accident attorney to represent you and your family.

Who Bears Liability in a Slip and Fall Accident?

​How to Recognize the Signs of a Stroke