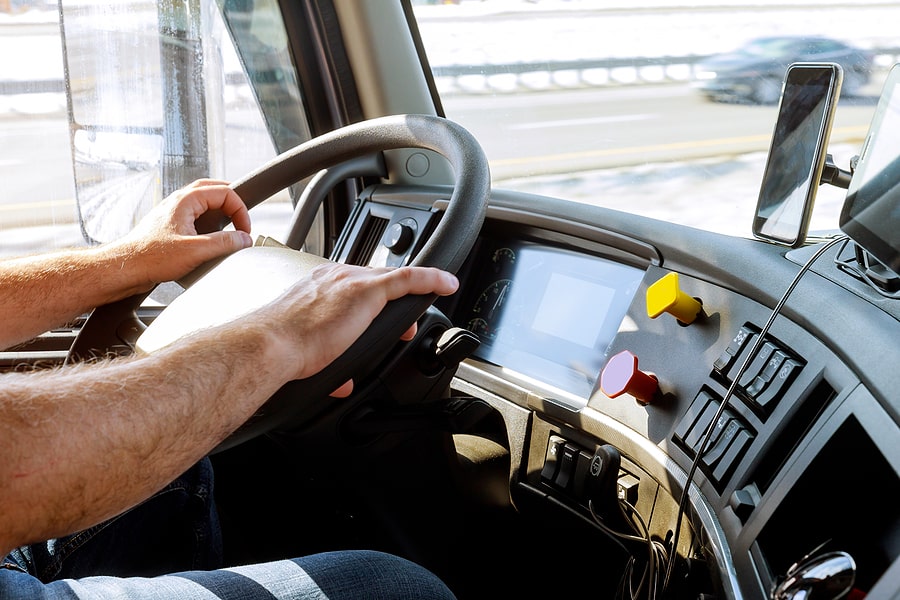 The Dangers of Truck Driver Fatigue

Each year in the United States, around 4,000 people die in accidents involving commercial trucks, and many thousands more suffer serious, life-altering injuries. According to the Federal Motor Carrier Safety Administration (FMCSA), the federal agency tasked with overseeing the nation’s trucking industry, 13 percent of the truck drivers involved in motor vehicle accidents report suffering from fatigue at the time of the crash.

If you have suffered an injury in an accident caused by truck driver fatigue, you can seek compensation through a truck accident lawsuit. You should reach out to an experienced truck accident attorney to discuss your legal options and determine your eligibility to pursue compensation.

What Is Truck Driver Fatigue?

Truck driver fatigue is a state of mental or physical exhaustion that affects a driver’s performance. Fatigue often affects truck drivers who have not had the recommended six to eight hours of sleep necessary for optimal function. However, fatigued driving can result from other factors too.

Symptoms of truck driver fatigue include:

Why Drowsy Truck Drivers Are Dangerous

Commercial trucks are massive vehicles, often weighing 20 to 30 times more than the average passenger car and featuring a much longer body that creates maneuverability concerns. Because of the vehicle’s size, the vast majority of the injuries and deaths that occur due to an accident involving a commercial truck are incurred by the passengers of other vehicles on the roadway.

Drowsiness impairs an individual’s ability to safely operate a motor vehicle in many ways that are similar to the effects of alcohol impairment.

Drowsiness also poses the risk that the driver will actually fall asleep and struggle to control the vehicle. 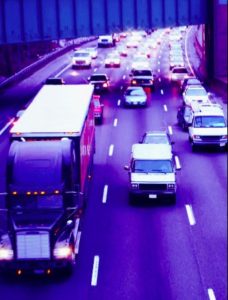 While many people think that fatigue is only an issue if a driver has not had enough sleep, several other factors can cause truck driver fatigue.

Here is a look at some of the more common causes of fatigue:

Many truck drivers choose to work at night when traffic is lighter. However, driving through the night interferes with the circadian rhythm, which is the body’s natural sleep/wake cycle. The circadian rhythm causes most individuals to have an instinctive desire to sleep during the nighttime hours.

For most people, the transition between sleeping and being fully awake and mentally alert takes about 30 minutes. The sleeper berth in a commercial truck allows the driver to pull over and sleep in his or her vehicle and then quickly get back to driving after he or she awakens. Problems can arise, however, when the individual begins driving before the transition into wakefulness is complete. A study conducted by the FMCSA revealed that the highest incidence of commercial truck-involved accidents occurs within one hour of when the driver wakes up and begins driving.

Sleep inertia can impair the driver’s short-term memory. It can also reduce vigilance, cognitive function, reaction time, and the ability to resist sleep.

Sleep apnea is a breathing-related sleep disorder that causes temporary pauses in an individual’s breathing. These pauses can last up to ten seconds and can occur hundreds of times a night, leaving an individual feeling as though he or she is not well-rested, even after a full night’s sleep.

The symptoms of sleep apnea include:

Truck drivers with sleep apnea can still drive, provided they have obtained treatment and a doctor has stated that the condition does not impair his or her ability to operate a commercial truck safely.

Seventeen percent of commercial truck drivers involved in motor vehicle accidents reported using over-the-counter medications at the time of the crash. While truck drivers are regularly screened for the use of alcohol and some types of illegal drugs, many drivers fail to realize that common prescription and over-the-counter medications can also cause drowsiness. Common culprits include medicines taken for allergies and sinus congestion.

Maintaining a healthy diet is one of the cornerstones to feeling mentally and physically prepared for the day. Truck drivers often have difficulty eating healthy, well-balanced meals. Going without food or without the food your body needs for fuel can result in fatigue and can prevent the driver from getting restful sleep.

Due to widespread concern regarding the dangers posed to the general public by fatigued truck drivers, the FMCSA passed hours of service regulations to curb the issue. These regulations control how long a driver may work before taking a break.

The requirements for drivers who are transporting goods include:

Obtaining Compensation After a Truck Accident

If you sustained an injury in an accident caused by truck driver fatigue, you can obtain compensation for your out-of-pocket expenses and the impacts to your quality of life that the injury caused. A truck accident lawsuit can prove who caused the accident and establish your expenses and impacts.

The vast majority of truck accident lawsuits, resolve before the case makes it to trial. The method of resolving many of these cases is through a settlement negotiated between the at-fault party’s insurance provider and the injured individual’s attorney. However, because some of these cases do in fact make it to trial, so hire an attorney who is confident and comfortable litigating your case all the way to trial.

Proving who caused your accident is the foundation for a successful outcome in your truck accident lawsuit.

In cases involving truck driver fatigue, sources of liability can include:

To prove liability, you must show:

Damages refer to the payment made in a civil suit intended to compensate victims for their injuries and losses.

You can seek the recovery of both economic and non-economic damages through a truck accident claim for:

Did You Lose a Loved One?

The occupants of other vehicles are at the greatest risk of a severe injury or even death because of a truck accident. If you have lost a spouse, child, parent, or another family member who you were wholly or partially dependent on for support, you can obtain compensation through a wrongful death claim.

Truck accidents are complex and lawsuits that stem from them are often complicated. Successfully recovering compensation will depend on a truck accident lawyer who understands the legal process and the evidence you need to prove your case. You should retain an experienced trial attorney who has successfully negotiated and litigated truck accident cases. Let your attorney deal with the complex legal process while you focus on your physical and mental recovery. Your attorney will pursue maximum compensation on your behalf and protect your rights in court.

If you suffered injuries in an accident caused by truck driver fatigue, contact an experienced truck accident attorney to discuss your injuries, determine your eligibility to pursue compensation, and evaluate your legal options.

Rear-End Collisions: What You Need to Know When a Car Hits You From Behind