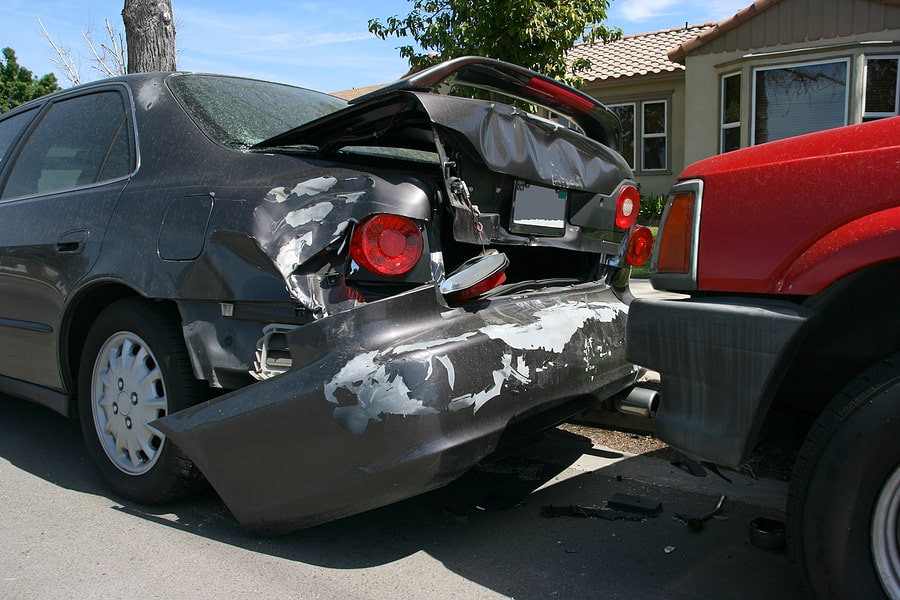 Things You Need to Know About ​Car Crashes in Tampa

Places like Tampa see plenty of traffic violations. Some of those offenses lead to car crashes.

The growing population increases the potential of a collision. A traumatic event can change a person’s life in seconds. They experience multiple physical and mental effects, and the damage can last for years.

One question a victim might consider is why exactly a car accident occurred. Motor vehicle crashes happen for several reasons, and some causes are more common than others. One or more parties can be liable for your losses. As a result, you can pursue reimbursement in civil court.

One of the most common motor vehicle accidents is a head-on collision. The front ends of two cars collide as they travel in opposite directions. The event can take place at an intersection. In some cases, the driver went down a one-way street incorrectly.

Other times, one car deviates from its lane and ends up on the opposing side of the street. However, a few motorists intentionally move across the yellow centerline to pass another vehicle. An illegal passing near a curve increases the risk of a head-on collision.

A driver or passenger can sustain severe injuries if a car rolls over onto its side or roof. Fatalities can occur as well. Curves increase the potential of a rollover for fast-moving vehicles, significantly sharper turns. Larger cars, like an SUV, have more of a chance to flip over while on a curve.

Another person could hit a driver and turn their car over as well. The liable party can cause extensive damage to the vehicle and the people inside. The injured motorist has the chance to file a claim to recuperate from their losses.

Rear-end collisions make up a significant portion of traffic accidents. The event might happen during a red light. The vehicle in front is not moving while the driver waits, but a car approaches from behind. The other motorist might not brake in time, and their front hits the bumper.

Of course, rear-end collisions happen on busy streets and highways as well. A person might need to stop or heavily slow down suddenly. If the driver behind them does not react quickly, an accident happens.

However, the at-fault party might have responded swiftly but were too close to the car in front. Tailgating is a traffic offense due to its high potential for a rear-end collision.

Not every car accident involves two or more vehicles. For example, a person collides with a pedestrian on a crosswalk. A car could skid off the road and hit a pole or a tree. The law could allow passengers to hold the driver responsible for injuries if the motorist was negligent.

Other single-vehicle crashes involve animals or fallen debris. A lawyer can help you determine who could be at fault for damages.

Reasons Why a Car Crash Happens

Different factors come into play leading up to a car accident. During an investigation, your lawyer determines the reason for your injuries. A collision happens for a variety of explanations.

Some people do not believe they have a valid car accident claim. Meanwhile, others might think they bear part or most of the responsibility. Do not admit fault after a motor vehicle collision. Instead, visit a car accident attorney. They may surprise you with the news of possible compensation.

Do You Need to Report a Car Accident?

States like Florida have laws regarding reports of car crashes. The statute has requirements for what you need to report. If a collision within a municipality results in injuries or death, you need to call the local police department. You have to contact the authorities if vehicle damage exceeds $500.

However, an accident might have taken place outside a municipality. Call the county sheriff’s office or the nearest highway patrol station. The law could penalize a person if they knowingly repaired a vehicle without making a report.

Tactics From the Other Driver

The at-fault driver might admit they were negligent during the accident. However, some people deny any wrongdoing. You likely can face resistance from the other motorist and their insurance.

During the claim, the opposing side might use these tactics:

Most injured people are vulnerable and are unfamiliar with the law. The opposing party might use your situation to their advantage. A car accident lawyer protects you and your claim from aggressive tactics.

A Car Crash With an Uninsured Driver

The one who typically has to pay an injured person compensation is the at-fault motorist’s insurance company. However, you might collide with a driver who has no insurance coverage. You can still file a claim despite the lack of coverage from the liable party.

Insurance companies allow people to add uninsured motorist insurance to their policy. Some states require drivers to carry a minimum amount of personal injury protection (PIP). Residents of Tampa need to have at least $10,000 of PIP coverage. The policies help injured people pay for injuries and other losses an uninsured driver caused.

If your insurer accepts your claim, the money goes toward most of your medical expenses and lost wages. However, the coverage might not be enough to pay for extensive damages. Policies generally have limits, and you could have ongoing healthcare costs for years after the traumatic event.

A car accident lawyer goes over the options you may have to get the support you need. One option is to pursue a lawsuit against the at-fault driver directly.

What if the Negligent Driver Does Not Own the Car?

In some cases, the negligent driver is not the one who owns the vehicle. For instance, the individual drove a company vehicle. You can still initiate a claim since several states have a law for vicarious liability. Vicarious liability means the owner is automatically responsible for the worker’s careless actions.

However, you could only hold a company accountable if the employee was on duty. The driver must have been in the car to further their employer’s interest.

The other driver might have driven someone else’s vehicle rather than a company vehicle. Parents become liable for their children in the event of a car accident. You can hold someone accountable for damages if they allow a friend or partner to operate their vehicle.

Vicarious liability may not apply to a case in a couple of circumstances. The owner might not become accountable if they did not give the driver expressed or implied permission to use their car. A claim can become complicated if the other motorist does not own the car. An attorney knows how to navigate the legal system to hold the right people accountable.

Who Do You See First After a Collision?

The first person to see following a motor vehicle collision is a doctor. You need to take care of your well-being to ensure your condition does not grow worse. Additionally, you can get a hold of records of your injuries and how much they cost you financially.

You can use the documents to estimate how much to ask for in compensation. See a healthcare provider even if you do not feel hurt at the time of the accident. The shock and adrenaline usually prevent people from sensing pain. Specific injuries are not visible and will manifest symptoms hours later.

A doctor determines the full extent of your injuries to create an appropriate treatment plan. After you visit the hospital, you should find a lawyer. An attorney focuses on the paperwork while you heal from your wounds.

The Length of a Car Accident Claim

When someone begins a car accident claim, they are usually curious about how long the process will take. People generally want a quick settlement to put the crash behind them. However, the plaintiff has to be patient to ensure a fair settlement.

Every case is different, but many lawsuits take several months to complete. A person might have to wait over a year for a resolution. Investigations can take time, and delays can occur. If your lawsuit reaches the trial stage, you can expect the process to last longer.

Additionally, the negotiations for a settlement do not happen until the plaintiff completes their treatment. The reason is so the lawyer can document and calculate all the medical bills and lost income.

The entire ordeal can feel time-consuming. You and your lawyer work together to make the process go as efficiently as possible.

When Should You Hire a Lawyer?

The appropriate time to find a lawyer is the days following the collision. Your attorney would have plenty of time to review your case and file the correct paperwork. You might be unable to find a firm right away if you have severe injuries. A lawyer is ready for a consultation at your earliest convenience.

You should hire a car accident lawyer before the statute of limitation expires. In Tampa, the law grants you the ability to pursue a claim within four years after the incident. If a driver or passenger died, then you would have two years from the date of their death.

Tampa Sideswipe Collisions: Why They Occur and What To Do After

Speeding Is a Factor in 9 percent of Fatal Tampa Accidents