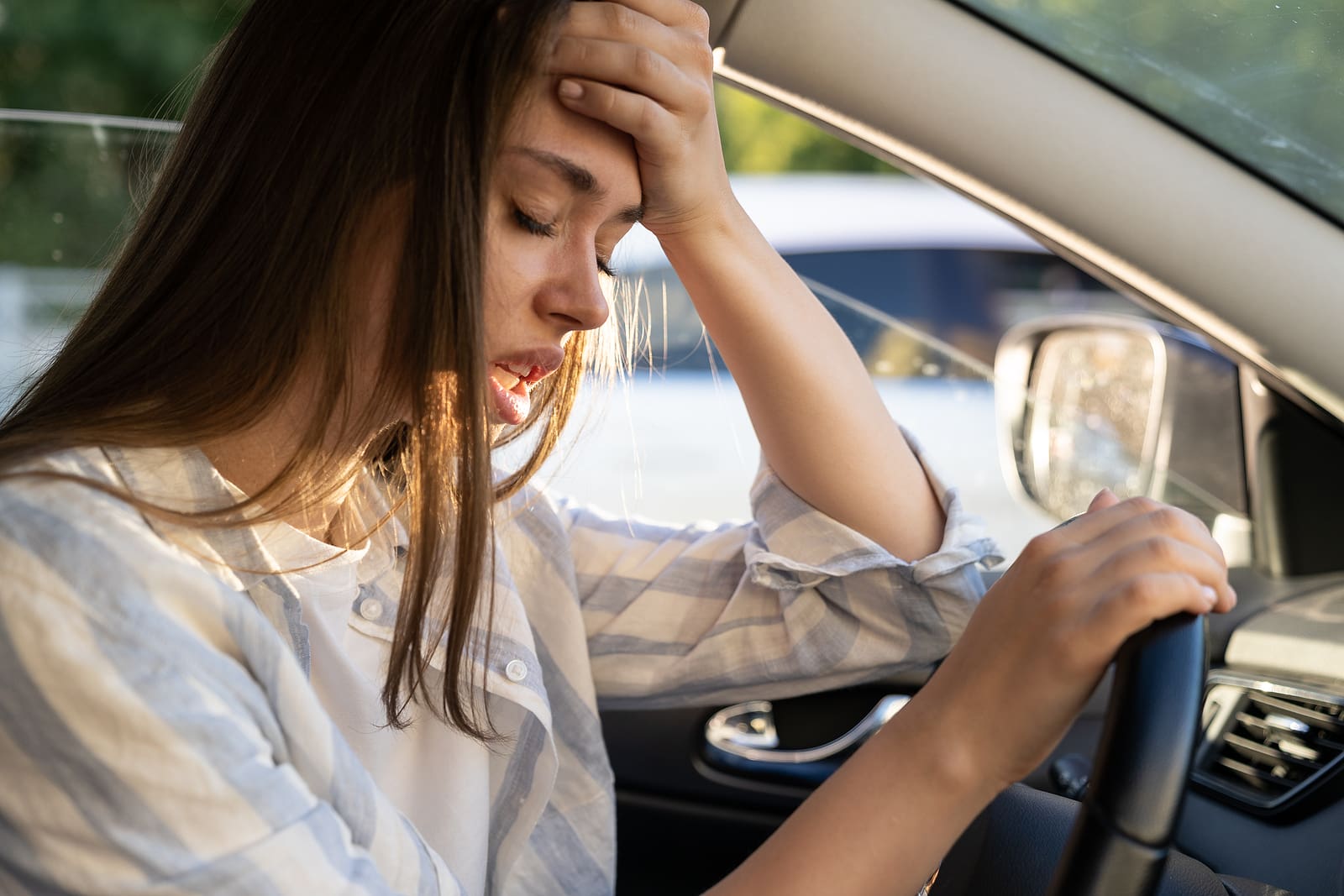 No matter what road you travel in Tampa, be it I-275 or a side street in Seminole Heights, you always risk crossing paths with a dangerously drowsy car driver. Unlike some other dangerous driving behaviors, like drunk driving or texting behind the wheel, fatigued driving often happens without the drivers themselves or others with whom they share the road realizing it’s happening.

But a Tampa car driver’s excessive fatigue can have a devastating and tragic impact when it causes an accident. This blog explores why Tampa drivers drive while fatigued, how exhaustion impairs driving ability, and what a skilled car accident lawyer can do for victims of a drowsy car driver accident.

Why do Tampa drivers get behind the wheel while fatigued?

Numerous factors contribute to an epidemic of fatigued driving on Tampa roads. Here are some of the most common ones.

According to the Centers for Disease Control and Protection (CDC), an estimated one in three American adults admits that they do not get enough sleep regularly. The average adult needs between 7 and 8 hours of sleep to recover and optimal alertness the next day.

Tampa area residents, workers, and visitors all suffer from chronically inadequate or low-quality sleep due to factors such as:

Unfortunately, many people who get insufficient or low-quality sleep do not even realize it or mistakenly think they can overcome its effects. For instance, most individuals who tell you that they can function optimally on four or five hours of sleep per night cannot.

According to researchers, only about one in four million people has the necessary gene mutation to get by on that little sleep. Lots of other people believe in popular sleep myths, like that it’s possible to save up or “bank” sleep on the weekends (it’s not), or that you can train your body and mind to thrive on less sleep (highly unlikely).

#2. Vacationing drivers who stay out late.

The Tampa area hosts an estimated 24.5 million visitors each year. Many of them take full advantage of their southwest Florida sojourns by staying out late at bars, restaurants, and event venues. That translates into lots of tired vacationers driving on Tampa highways and byways.

To make matters worse, vacationers frequently tend to stay out later than their regular bedtimes. This, combined with evening consumption of alcohol, can throw off their natural sleep cycles, which can aggravate the effects of fatigue.

Tampa is fertile ground for rideshare companies to plow as a popular vacation and business travel destination. Many drivers who work for rideshare providers like Uber and Lyft take to the wheel as a second job or gig work, often after spending their days in other pursuits. This poses a risk that they’re already tired when they fire up their rideshare apps. Rideshare demand also peaks in many Tampa areas early in the morning and late at night, when fatigue affects many more drivers.

Tampa is also a busy port city, and area roads see heavy commercial truck traffic. Long-haul truck drivers, as a group, face high risks of fatigue to the nature of their jobs and relatively poor health.

Like other cities in the Sunshine State, Tampa is home to a thriving population of senior citizens. Many of these residents routinely take medications that can cause drowsiness and other impairments. In addition, even common over-the-counter cold and flu medications can increase driver feelings of fatigue.

Many Tampa drivers do not realize the potential risk of driving after taking these medications. Even patients who have taken a particular medication for years can experience sudden, unexpected side effects that deepen their feeling of fatigue behind the wheel.

The Effects of Fatigue on Car Drivers in Tampa

Fatigue can interfere with a driver’s ability to operate a car safely on Tampa roads. In fact, according to the CDC, studies have shown that excessive levels of fatigue can have the same effects on driving ability as consuming alcohol.

Here are just some of the negative impacts of fatigue on Tampa car drivers.

At any moment, a Tampa-area car driver may need to react fast to a road hazard to avoid a collision. It can happen on a highway when another driver changes lanes without signaling, and it can also occur on an in-town street when a pedestrian steps off a curb without looking both ways.

Fatigue can rob a car driver of the capacity to react quickly and safely to that kind of dynamic driving situation. As a result, a tired driver may step on the brakes a moment too late to avoid a crash or may yank the wheel too hard and run off the road. A drowsy driver cannot respond as quickly as a well-rested one.

As fatigue sinks in behind the wheel, it can cause drivers to suffer from tunnel vision and not accurately judge speed and distance. These impairments in visual acuity and alertness can lead to deadly accidents.

Tired Tampa car drivers risk losing track of other vehicles sharing the road with them, failing to perceive oncoming or crossing traffic in their path, and misjudging the safe following distance between them and other vehicles. Tunnel vision and other visual impairments can also impact drivers’ awareness of pedestrians and cyclists, making driving especially dangerous for them and others in downtown areas.

Drowsiness also saps a driver of the essential motor coordination necessary to maintain control of a car. A driver struggling with excessive fatigue will often unwittingly allow the vehicle to drift out of its lane, increasing the risk of a sideswipe or head-on collision.

Fatigue can also make steering safely around curves and corners or finding and pressing the correct foot pedal with reasonable force challenging. This leads to erratic, unpredictable, and potentially deadly driving.

Fatigue also makes it difficult to think straight. Drowsy car drivers in Tampa may forget about necessary safety measures like putting on their seatbelt or illuminating their headlights. They may also make dangerous or questionable decisions, such as passing another vehicle on a narrow road, turning the wrong way down a one-way street, or ignoring traffic signs and signals. As with the other impairments described above, a tired driver’s clouded judgment and bad decisions predictably lead to potentially catastrophic accidents.

#5. Falling asleep behind the wheel

Some fatigued drivers fall asleep behind the wheel, and some do so for mere seconds before waking back up, known as microsleep. Others fall asleep completely.

However, no matter how long sleep behind the wheel lasts, it’s perilous. When a driver falls asleep, the vehicle has no one controlling it. A car traveling at highway speeds can cover hundreds of feet and drift dangerously out of its travel lane in just a few seconds. A potentially deadly accident is virtually inevitable.

How can I tell if a fatigued driver caused my Tampa car accident?

One of the things that makes fatigued drivers so dangerous is that there’s no easy way to spot them. For the same reason, it’s often difficult to know, without investigation, if fatigue played a role in causing the accident that injured you.

But you can keep an eye out for some telltale signs of driver fatigue or other types of impairment.

Of course, these and other indicators do not necessarily prove that fatigue contributed to the cause of a car crash. But they are enough to signal drowsy driving and to alert your attorney to the need to investigate further.

Tips for After a Tampa Drowsy Driving Car Accident

The steps you take and the decisions you make after getting hurt in a Tampa car accident can impact your legal rights and access to financial compensation. Consider following these tips to protect yourself and your ability to seek the money you need to pay for medical care and to rebuild after your crash.

Your health is always the number one priority. To protect it, seek medical care immediately after any Tampa car accident. Let an EMT check you over, go to the emergency room, or pay a visit to an urgent care center or your regular doctor right away.

Never assume that you avoided severe injuries in a wreck just because you feel okay shortly afterward. It’s common for your body to temporarily mask the pain of an injury, and some severe injuries do not necessarily show symptoms immediately. Let a doctor look you over and rule out any potentially serious health complications. Then, follow the doctor’s recommendations for treatment and care.

In addition to protecting your health, getting prompt medical care after a Tampa fatigued car driver accident also covers your legal rights. The medical records a doctor visit generates can serve as necessary evidence for your lawyer to use in proving your claim for financial compensation.

Watch out for aggressive insurance tactics.

As a Tampa driver, you likely carry “no-fault” personal injury protection (PIP) insurance that covers you against the injuries you suffered in the car accident. But you may also have the right to seek additional damages from the tired driver if you suffered severe injuries that cost you more than your PIP insurance covers.

The tired driver’s insurance company knows it may owe you money, but that doesn’t mean it won’t try to avoid its obligation. An insurance adjuster may call you to ask about the accident. Be careful not to get drawn into a discussion. Anything you say, primarily if the adjuster records the call, may harm the value of your claim.

Contact a Tampa car accident lawyer as soon as you can.

Do not wait to speak with a Tampa car accident lawyer who has experience investigating and holding fatigued drivers accountable. The lawyer may need to take quick action to protect your rights and put you in the best possible position to secure maximum compensation.

Acting fast is especially important in fatigued car driver cases because the evidence to prove the role fatigue played in the crash can easily get lost or deleted. A skilled attorney knows how to take the steps necessary to preserve that evidence so that you have ironclad proof that someone else’s drowsy driving harmed you.