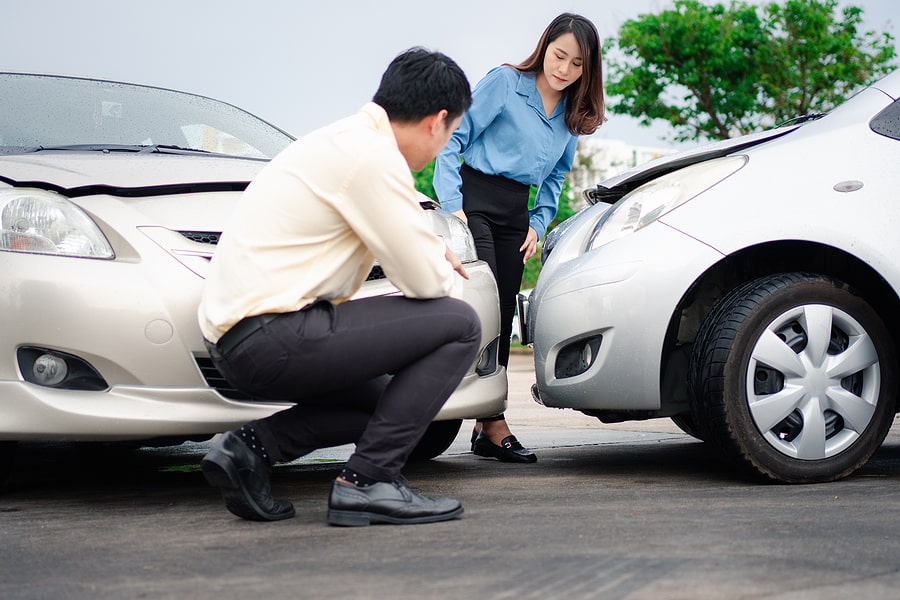 While Tampa drivers hope to never be in a car accident, the odds are that you will be involved in one at some point in your life. Nearly 400,000 car accidents took place in Florida last year alone.

Even if you are a good driver, the reality is that there are plenty of events outside of your control that could cause you to be involved in a car accident, such as poor weather conditions or the negligence of another driver.

While car safety technology has come a long way in recent years, even a minor accident can leave you with serious injuries, as roughly 40 percent of Florida car accidents resulted in injuries in 2021.

Florida’s speed limits protect drivers on the road, and while these speeds may seem arbitrary, traffic engineers establish them to optimize driver safety. When drivers ignore the posted speed limit, they become a hazard to themselves and others on the road.

Unfortunately, speeding is an extremely common occurrence, as drivers are prone to speeding when running late or frustrated with traffic conditions. However, ignoring the posted speed limits can have disastrous consequences. In fact, over a quarter of all fatal traffic accidents result from speeding. Driving too fast gives drivers less time to react should someone swerve in front of them or stop suddenly due to traffic, increasing the likelihood of an accident at high speeds, resulting in severe injuries.

While it is always important to abide by posted speed limits, it is particularly important in inclement weather because traction and visibility on the road may decrease.

According to the National Highway Traffic Safety Administration (NHTSA), rear-end collisions account for nearly a quarter of all motor vehicle accidents. Unfortunately, these crashes often could have been avoided, as most rear-end crashes are the result of tailgating.

Tailgating, or driving too close to the car in front of you, is particularly dangerous as it reduces your time to react to changing road conditions. If you are following a car too closely and that car has to stop suddenly because of a traffic jam or a sudden red light, you may not have enough distance to come to a stop before causing an accident.

Life is busy, and people often find themselves unable to get the recommended seven to nine hours of sleep each night. While missing an hour or two of sleep each night may not seem like a big deal, lack of sleep can significantly impair driving ability. Fatigue is one of the most common causes of car accidents, with one study suggesting that drowsiness played a factor in nearly 10 percent of all accidents. A lack of sleep is the most common cause of fatigue-related car accidents.

One study found that a lack of sleep impaired driving similarly to alcohol, with drivers who only slept four or five hours in the last 24 hours having a crash risk similar to someone with a blood alcohol concentration (BAC) equal to or slightly over the legal driving limit of 0.08.

The crash risk associated with sleeping less than four hours compares to drivers with a BAC of roughly 0.12 to 0.15. However, even with sufficient sleep, drowsy driving can happen to anyone, particularly if you drive late at night (between midnight and 6 a.m.) when your circadian rhythm signals you to sleep.

Pay attention to what your body tells you. Don’t drive if you are tired and pull over to rest if you feel drowsy behind the wheel, as not fully alert driving can put yourself and others at risk.

Of course, one of the most common causes of car accidents in Tampa is distracted driving. Distracted driving occurs whenever a driver takes part in an activity that diverts their eyes or attention from the road, such as talking on the phone, texting, eating, drinking, or messing with their stereo/navigation system.

The CDC estimates that eight people die in the United States each day due to distracted driving, and crashes involving distracted drivers injure an additional 400,000 people each year.

If you are driving 55 miles per hour on the highway, this would equal driving the length of a football field with your eyes closed. You cannot safely drive while participating in an activity that diverts your eyes or attention from the road and doing anything besides driving can put you and others at risk.

Distracted driving is a common cause of car accidents in Florida, with Florida drivers using their phones on average 1.4 times per trip. This statistic places Florida at second-worst nationally for phone use while driving.

While many states have bans on texting and driving, Florida’s distracted driving law is only a secondary offense. This type of offense means a police officer cannot pull you over for texting and driving unless you have committed another violation. Lack of enforcement likely contributes to Florida’s high rates of distracted driving, so it is no surprise that three of the top ten most dangerous interstate highways run through Florida, including I-4 in Tampa.

Of course, not all accidents are the result of human error. Factors like hazardous road conditions from poorly maintained highways, broken traffic lights, and bad weather can cause car accidents. Bad weather, in particular, can be devastating for Florida drivers, as a strong storm can move into the area quickly and with little warning.

Drivers should stay alert and slow down in inclement weather to avoid risks. If heavy rain and wind cause low visibility, consider pulling over and waiting for conditions to improve.

Driving Under the Influence

As you are likely already aware, another common cause of car accidents is drivers under the influence of drugs or alcohol. Sadly, this is one of the most common causes of vehicle-related fatalities, with drunk drivers killing 29 people each day in the United States. Drunk driving accounts for 28 percent of all traffic-related deaths in the United States. This number is slightly higher in Florida at 31 percent of traffic fatalities involving a driver under the influence.

The fact is that while many people believe it is safe to drive after they’ve had a couple of drinks, any amount of alcohol will impair your ability to operate a motor vehicle. A person under the influence of alcohol struggles to focus on more than one thing, making it difficult to pay attention to their speed, surrounding drivers, and staying in their lane simultaneously.

As every driver is aware, cars are supposed to come to a complete stop at a stop sign or red light. Unfortunately, drivers who are in a hurry or are simply not paying attention will often fail to obey these traffic signals and signs. This reckless disregard for the law is extremely dangerous, as a driver traveling at high speeds with the right of way may not see the driver running the red light coming, resulting in a deadly side-impact collision.

About 28 percent of fatal accidents at intersections resulted from a driver running a red light. It is important never to assume another driver will stop at a red light or stop sign. Even if the light turns green, or it is your turn at a stop sign, wait to see if drivers coming from the other direction are slowing down and stopping. Waiting even a few extra seconds could help avoid being a potentially deadly accident.

While many new drivers are confident in their driving abilities immediately after getting their license, experience matters, and new drivers are more likely to get into accidents. Inexperienced drivers, particularly teenagers, do not have the knowledge and skills to help them react quickly and avoid potentially dangerous situations, putting this demographic most at risk for car accidents.

Most auto insurance providers charge significantly more for drivers under the age of 20 since they carry a greater risk to the insurer. New drivers need to be extra cautious when on the road. They should avoid driving with friends in the car, listening to the radio, or doing anything that could take their attention away from the road to ensure their safety.

Reckless driving, distracted driving, and dangerous road conditions contribute to accidents and even more so in congested cities such as Tampa. Tampa, which is already the largest metropolitan area in the state, is expected to see its population grow to 3.3 million in the coming year.

The greater Tampa area has also seen a record increase in tourism, with more than 30 million people visiting Tampa Bay in 2019 alone. These additional people mean more cars on the road, leading to a higher risk of traffic accidents.

Tampa drivers must stay vigilant and pay attention to changing road conditions and the actions of drivers around them to help avoid a potentially deadly car crash. Of course, even the most cautious of drivers may find themselves injured in a car accident due to another driver’s negligence.

If you or a loved one sustained injuries in a car accident and you believe another driver is to blame, contact an experienced car accident lawyer to learn about your rights and how to pursue compensation for your injuries and losses.

How Can a Lawyer Help Me After a Road Rage Accident in Tampa?