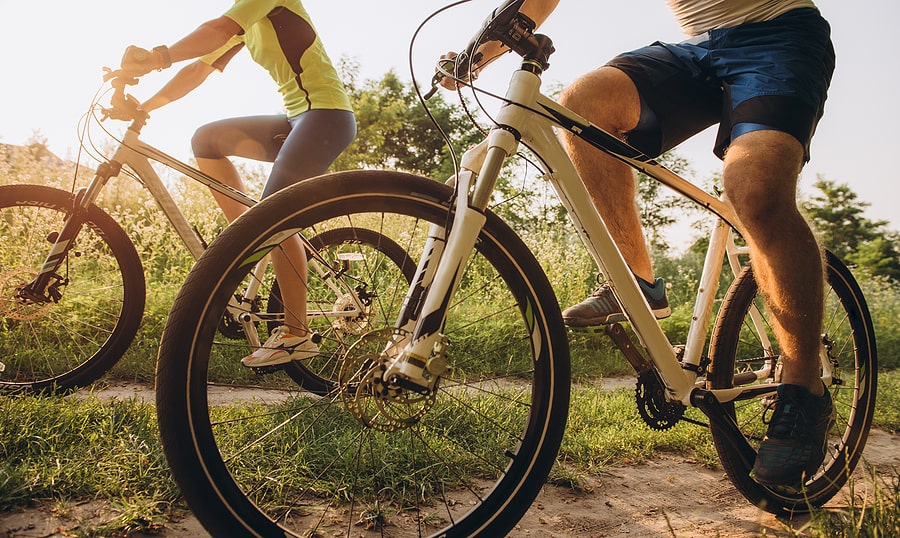 What Are the Most Frequently Asked Questions About Bicycle Accidents?

More than fifty million people all across the country are bicycling for exercise, transportation, or pleasure. But unfortunately, even though bicyclists account for about one percent of vehicles on the road, they account for about two percent of all preventable bicycle accidents. According to the National Highway Traffic Safety Administration (NHTSA), in one recent year, there were 49,000 injuries from traffic accidents, an increase of 5.4 percent from the previous year.

With its beautiful scenery, weather, and bicycle-friendly terrain, Florida is a perfect state for bicycling year-round. Sadly, it also has one of the highest bicycle fatality rates in the U.S. Therefore, you need to know the rights and responsibilities of bicyclists and the drivers who share the roads with them.

What is the law in Florida concerning bicycles?

According to Florida law, a bicycle is a vehicle. The law clearly states, “Every person propelling a vehicle by human power has all of the rights and duties applicable to the driver of any other vehicle.” Therefore, cyclists and those driving other motor vehicles must exercise care and obey the road rules. For example, Florida’s DUI statute applies to bicyclists and defines them as vehicles.

Although bicyclists may ride on sidewalks provided, there are no signs or local laws forbidding it. When riding on a sidewalk or crosswalk, bicyclists have the same responsibilities as pedestrians. However, they also have the same rights to the roadways as motor vehicles.

The law does not require bicyclists to ride on the shoulder of the road, but they are permitted to do so if they wish. However, they should yield the right-of-way when entering a roadway and to pedestrians in crosswalks. However, riding in the gutter increases the risk of a crash.

Depending on the bike’s design, only a limited number of people may ride the bicycle. For example, a standard bike with one seat may only carry one person, but a tandem bicycle for two may have two people riding.

Riders cannot avoid this rule by riding on the handlebars or any part of the bike except for the seat. There are exceptions to this rule regarding children. A child under four years old or who weighs 40 pounds or less may ride in an attached bike seat. Also, an adult rider may transport a child in a sling or backpack worn on the adult’s body.

There are requirements concerning bicycle equipment. For example, bicyclists must sit on a fixed, regular seat for riding. Also, bicycles need brakes. Bicyclists may not use earbuds, headphones, or similar devices except for hearing aids.

Parents and guardians must ensure that their children obey Florida’s bicycle laws. Florida Statutes outline other basic rules and regulations for bicyclist.

Do I have to wear a bicycle helmet?

You must wear a helmet if you are under 16. This rule applies to bicyclists, passengers, and persons in bike trailers attached to bicycles.

However, experts recommend all bicyclists wear helmets for safety purposes.

Must I have lights on my bike when riding at night?

Yes. According to Florida statute, between sunset and sunrise, all bicycles in use must have a white light on the front visible from a distance of at least 500 feet and a red light on the rear of the bike visible from 600 feet. A bicycle or its rider may use other lights or reflectors as needed.

What are the responsibilities of motor vehicle drivers?

Those operating motor vehicles must drive safely and responsibly. They must pay attention to their own driving but also to other vehicles. Bicycles are small, and the riders have little or no protection.

Therefore, when a motor vehicle and bicycle collide, the bicyclist is most likely to be severely injured. Individuals driving a car or truck must pay close attention to bicyclists.

What are the most common causes of bicycle accidents?

Often a bicyclist is doored while riding down the street, which happens when someone in a parked car opens the door and hits the bicyclist.

About 7 percent of all bicycle accidents happen at intersections.

As with all traffic accidents, a common cause of accidents is negligent behaviors such as:

What if a bicycle accident injured me?

If a bicycle accident injured you, the primary question is whether the accident resulted from someone’s negligence.

To establish negligence and have grounds for a claim, you’ll have to prove the elements of negligence, which are:

Negligence by a driver can take many forms, running stop signs, careless driving, tailgating, or drifting into a bike lane. Liability may also arise from a bicycle manufacturing defect or missing or confusing road signs.

Your accident may have occurred in a work zone or under hazardous road conditions. Bicycle accident injuries are often severe. You may decide to sue the at-fault party for your injuries. To build a strong case, you need strong evidence, such as police reports, medical records, photos, or witness testimony.

What types of damages are available?

Each accident is unique; however, damages may include:

The statute of limitations determines the time limit you must file your lawsuit. Therefore, it is critical to contact an attorney as soon as possible.

What Can Families Do After a Trucking Accident Fatality?

Truck Rollovers: Deadly and More Common Than You Might Think