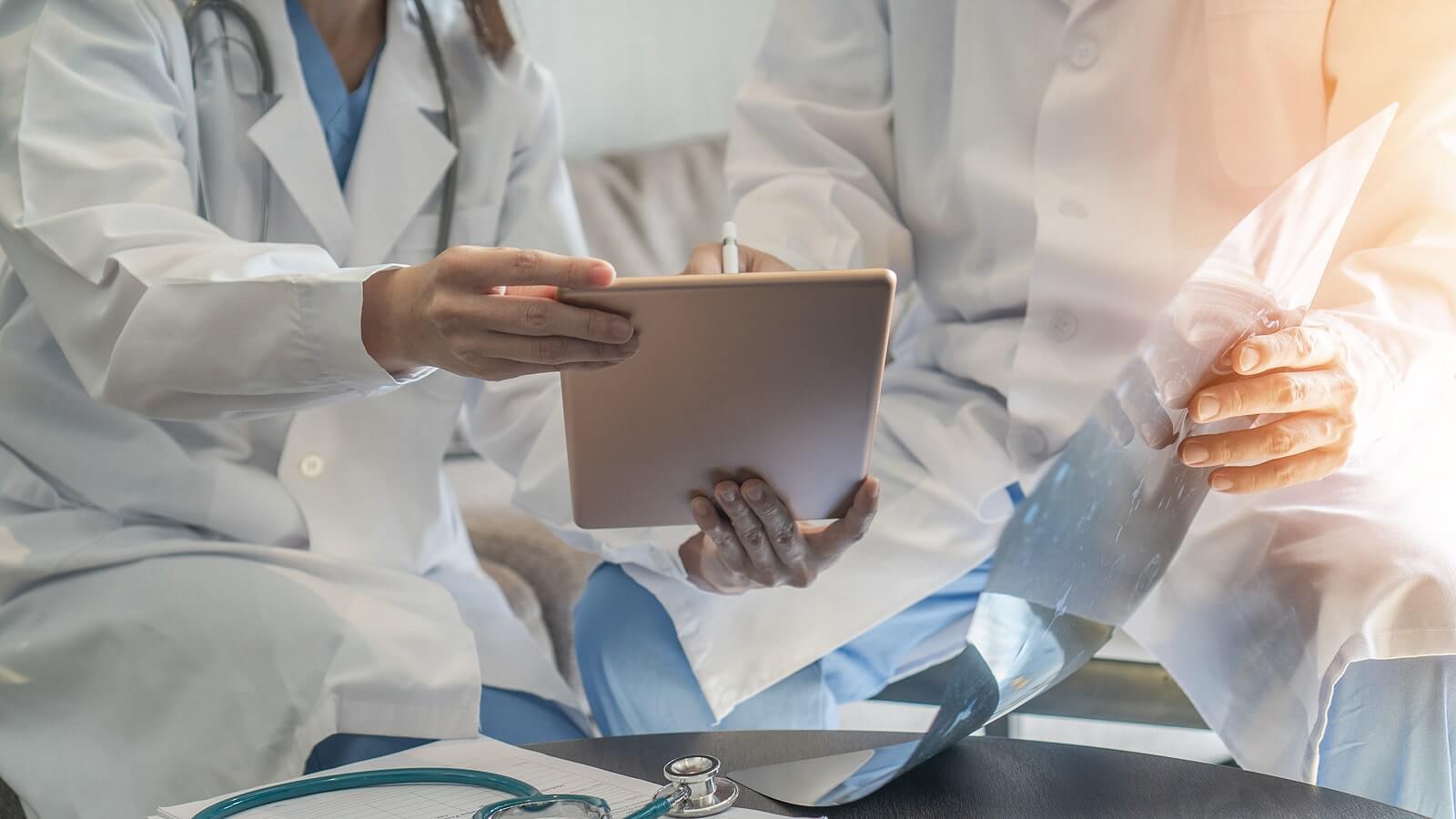 When you head to the emergency room, you expect the doctors to quickly look over your symptoms and provide you with a diagnosis, ideally one that will cure your ailment. In many cases, you may find yourself heading to the emergency room with significant pain or an acute problem that requires an immediate remedy.

Unfortunately, you may not always walk out of the emergency room with the diagnosis you had hoped would answer your questions.

What Is Failure to Diagnose?

Failure to diagnose occurs when a medical care provider does not diagnose the condition suffered by a patient, despite obvious symptoms that should indicate the patient’s condition and need for treatment.

You may arrive at the emergency room with symptoms that indicate a specific condition: pain that might indicate a ruptured appendix, for example, or damaged limbs that indicate a broken bone. However, the care provider might not diagnose your condition based on those symptoms and might, in some cases, even send you away from the hospital.

When Does Failure to Diagnose Constitute Medical Malpractice?

1. You had a doctor/patient relationship with the care provider that failed to diagnose your ailment.

2. The doctor failed to diagnose your ailment in the emergency room based on apparent symptoms that should have led the doctor to the correct conclusion.

Sometimes, you might not have apparent symptoms, despite your presence in the emergency room. Doctors often have to make judgment calls based on what they feel the patient has suffered and how they have presented those symptoms. In some cases, those symptoms can lead to considerable confusion.

If a patient does not present with typical symptoms, the doctor may inadvertently misdiagnose the patient or even fail to see potential signs of injury or illness, making it more challenging to come to a reasonable diagnosis.

As a form of medical malpractice, failure to diagnose includes ignoring the patient’s symptoms or failing to come to the correct conclusion about the symptoms clearly described by the patient.

3. The doctor’s failure to correctly diagnose your ailment caused you financial or medical damage.

If the doctor fails to diagnose your ailment, you might leave the emergency room unsure about your next steps. Should you pursue further treatment? Take it easy for a few days? Often, failure to diagnose at the time of the incident can lead to significant complications in your recovery, including more serious illness, worse injuries, and the need for additional medical care to treat those ailments. If you suffered damage due to the care provider’s failure to diagnose your ailment correctly, you likely have grounds for a medical malpractice claim.

Why Does Failure to Diagnose Occur in the Emergency Room?

Emergency room doctors may face some challenges, and unfortunately, failure to diagnose can occur all too quickly.

Predicting emergency room traffic can prove difficult. While many medical care professionals know that emergency room visits may increase around certain holidays (burns on Thanksgiving, for example), some rushes in the emergency room occur unpredictably. Furthermore, emergency rooms across the United States struggle with staffing shortages that can make it difficult for them to keep adequate care providers on hand to deal with challenges faced by their patients.

An overworked doctor may not have time to review all of a patient’s symptoms or carefully consider those symptoms and arrive at an informed conclusion about the patient’s needs and diagnosis. Unfortunately, overworked doctors can prove more likely to make critical mistakes, including failure to diagnose errors.

Minorities may not receive the high standard of care that many patients expect from their care providers. Implicit bias can have a huge impact on the care received by that patient. Doctors may be less likely to recommend needed tests or properly diagnose minorities than other patients, especially when minorities come in complaining of pain.

Low-income patients may also experience high levels of bias in hospital emergency rooms. Low-income patients may not receive the same high standard of treatment expected by patients who have the means to pay for treatments out of pocket or who have private insurance. Patients with state-funded insurance may receive lower-quality care. In some cases, physicians may be more reluctant to order extensive testing for patients with lower incomes, even in cases where the symptoms warrant additional attention.

Emergency room doctors who grow fatigued may prove more likely to make vital errors in patient care, including missing details. Often, emergency room doctors work excessively long hours and shifts, making it harder to track their patients’ needs. A fatigued doctor might, for example, misread an x-ray and fail to notice a broken bone or fail to put together the symptoms of a serious ailment that requires immediate medical attention.

The Potential Impact of Failure to Diagnose in an Emergency Room

Failure to diagnose a patient correctly in an emergency room setting can lead to several problems for the patient, many of which can harm the patient’s overall quality of life long after the failed diagnosis.

Symptoms of serious illness or health problems could get worse.

If a doctor fails to properly diagnose the patient, those symptoms may worsen.

For example, a patient with a dangerous infection might continue to get worse as they wait for further care due to that lack of diagnosis.

The patient may require further interventions due to the lack of immediate care.

In some cases, patients who require emergency treatment, but who do not receive an immediate diagnosis, may require further interventions down the road due to the lack of immediate care.

Take, for example, the patient with a broken bone. Immediately after the incident, the doctor might set the patient’s bone in the emergency room. The patient might need to wear a cast for several weeks, but could recover with no further intervention.

On the other hand, in cases where the patient continued to use the limb normally, the patient might require surgery to repair the broken bone. The patient might also need physical therapy to regain strength and flexibility following the more serious procedure.

Patients can die due to a doctor’s failure to diagnose.

After a doctor tells them that they do not have any worrisome symptoms, some patients will assume that they have nothing to worry about, despite continuing symptoms of specific ailments. Patients might not seek further medical attention. If a patient leaves the hospital and dies because a physician failed to diagnose the patient properly, the physician may bear liability for those damages.

What Should You Do After Facing Failure to Diagnose in an Emergency Room?

You went to the hospital with clear symptoms, but the doctor in the emergency room failed to offer a diagnosis that fit those symptoms. What should you do next?

Make sure you share as much information as possible about your symptoms. Give the doctor a full account of your pain and any other symptoms that go along with it so the doctor can offer an accurate assessment of your potential illness or injury. Ask for testing if you think you need it.

2. Keep records of any statements the doctor makes during your treatment.

Make a note of any occasion when a doctor denies testing despite apparent symptoms. Track statements that seem discriminatory, especially if the doctor does not seem to pay attention to your complaints, listens to a spouse or friend instead of you, or does not take your complaints seriously. That documentation can prove essential to a later medical malpractice claim.

3. Seek medical attention from another source, if needed.

If you go to the emergency room and the doctor there does not take you seriously, you may have several options. First, you can request a second opinion from another care provider in the hospital. Sometimes, just working with another care provider can get you the attention you need, including someone who will take your symptoms seriously. If you do not feel you can receive a reasonable standard of care in a particular hospital, you may need to visit another urgent care center or hospital.

If you leave the emergency room and go home, you may want to go to another care provider if your symptoms worsen or change. Going back to the hospital, or going to a different hospital, can help you get a diagnosis for your symptoms. Continue to document any diagnosis you may receive or any tests performed since they can help you form the grounds for a medical malpractice claim later.

You may find yourself with a lot on your plate following failure to diagnose your ailment in an emergency room. Your symptoms may get worse, and you may have to pursue further medical treatment. That recovery can take a long time and leave you without the energy you need for your daily tasks. However, get in touch with an experienced medical malpractice lawyer as soon as you can. A medical malpractice lawyer can fight for the compensation you deserve when a doctor fails to provide the high standard of care you expect in a hospital emergency room.

What to Do After a Tampa Car Accident

Tampa Drivers: What to Do After a Car Accident That Was Not Your Fault